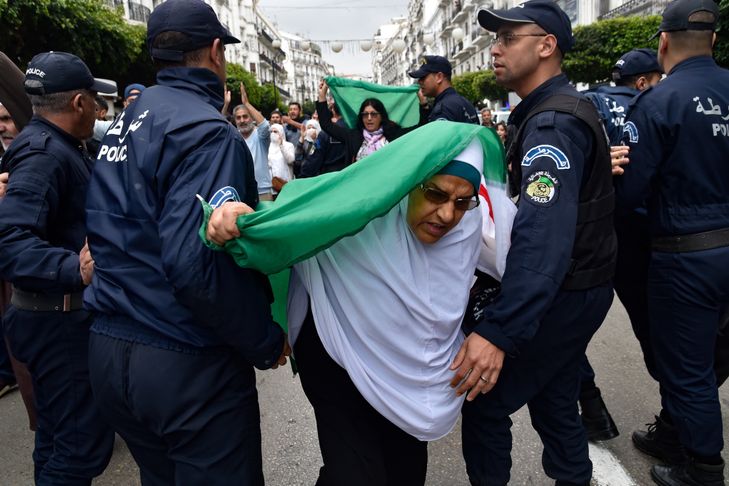 A diplomat positioned in a European embassy in Algiers has been closely following the Hirak, since this popular protest movement started on February 22, 2019, and how repression has been orchestrated by the Algerian regime.

This diplomat stated in a very insightful note which summed up for the European Commission in Brussels the secretive mechanisms of political repression in Algeria that the repression carried out by the Algerian authorities is underhand so that it does not cause outbursts or bloodshed.

This diplomat noted in his report on the liberticidal practices of the Algerian regime that “the repression carried out by the Algerian authorities is deliberately devious; it does not cause outbursts or bloodshed”.

The European diplomat explained that the Algerian regime seems to have learned the lessons of the Sudanese and Egyptian experience where the ruling regimes voluntarily shot at peaceful demonstrators causing many deaths. More than 246 deaths were recorded in Sudan during the peaceful revolt carried out between December 2018 and October 2019, and more than 890 were killed in Egypt in January and February 2011.

The Algerian regime and in particular the military authorities have resorted to unprecedented sly methods, the diplomat explained. To avoid alarming the international community and ending up on the dock of all international institutions, the Algerian regime has established a strategy of massive, targeted and one-off arrests with the aim of “instilling fear among militants, silencing the press, and asphyxiating all moves for dialogue that would allow the opposition to structure itself and consolidate its position more broadly,” explained the European diplomat.

In his note drafted in late 2019 and revealed lately by Algerian media, the diplomat insisted on the deleterious climate that the Algerian regime wanted to install in 2019 to impose the presidential election of December 12, 2019.

He indicated that, as was foreseeable, the repression was stiffened after the presidential election and that there was still a risk to see a worsening of the security situation as the return to calm was by no means guaranteed by the arrival of a new president.

The diplomat recalled that ahead of the presidential election, the Algerian judiciary spread rumors about the imminent release of the prisoners of opinion, noting that these announced releases only questioned the independence of the judicial institution which generally follows the roadmap drawn by the Chief of Staff of the “Army”.

For the European diplomat, repression in Algeria would continue as long as justice was still under the orders of the military institution.