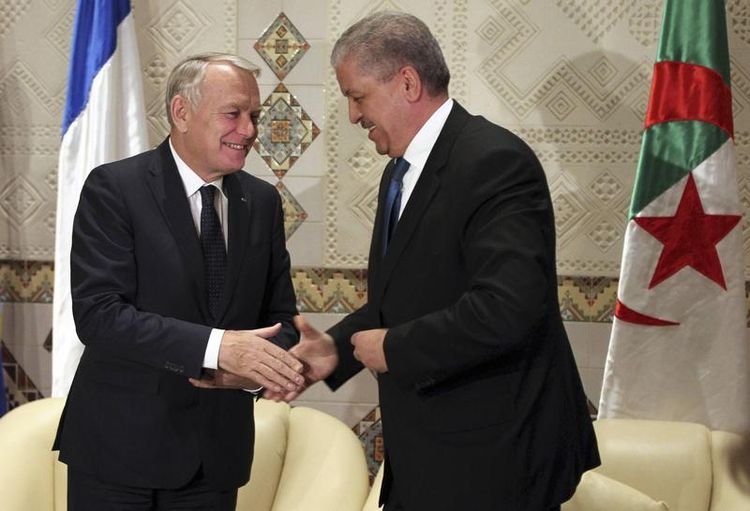 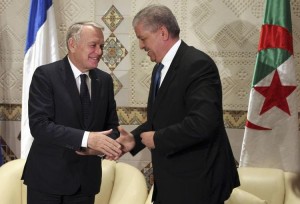 Algeria and France have intensified their cooperation at the end of French Prime Minister Jean-Marc Ayrault’s and nine ministers visit to the country by signing 9 partnership agreements. Much of the agreements were focused on economic and trade activities as France position as the biggest investor in Algeria comes under pressure from Chinese investments. Jean-Marc Ayrault was also accompanied by the Algerian Prime Minster Abdelmalek Sellal to tour French investments in Algeria.
The diverse agreements signed by the countries centered on political dialogue and the work of the Inter-governmental Committee, an agreement to abolish mutual visas for holders of diplomatic passports, a partnership agreement on technical assistance in the field of transport, and pledges to cooperate in the field of construction, in addition to an agreement on cultural exchange for the period of 2014-2016. A Memorandum of Understanding between Algerian state-run TV and Radio and France’s Media Monde and a declaration of intention in the field of electricity were also part of agreements.
France is Algeria’s main investor but countries like Spain, Italy and China have also increased their presence in the Algerian market. Although the Algerian Prime Minister believes that the familiarity of the French companies with the market gives them an edge over their foreign competitors, China has already skipped them as the biggest supplier of goods and remains very active in construction.
Ayrault highlighted the “ambitious partnership of equals” in their relations while Sellal gave assurances of their “political will to encourage win-win partnership”. The Algerian Prime Minster said the war they fought during their quest for independence should be considered as the “vicissitudes of the past” as booth countries “are looking to the future” by concentrating on economic cooperation.