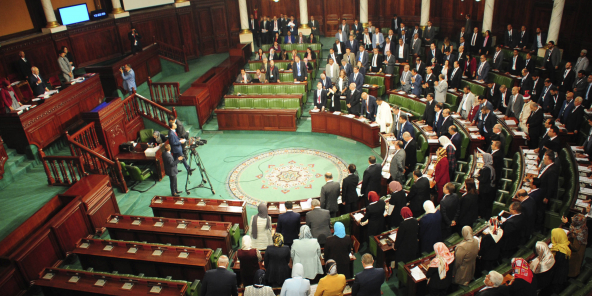 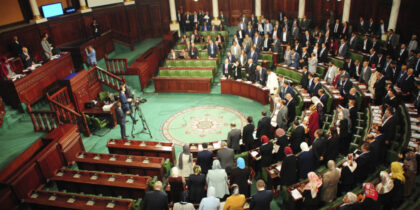 As many as 73 Tunisian lawmakers have signed a petition seeking to unseat the speaker of parliament, Rached Ghannouchi, who managed to secure his position in July after a similar motion failed.

The petition according to two of its signatories, Mongi Rahoui and Zouhaier Maghzaoui, is ready but has not been submitted to the parliament yet.

“The signatories of this motion are working discreetly, away from the media,” the two lawmakers told state-run news agency TAP.

Ghannouchi, from the legislature’s largest party Ennahdha, is accused by many lawmakers of causing havoc in the North African country.

Rahoui lambasted Ghannouchi for using the parliament to carry out his own political agenda and for being responsible for the country’s political challenges.

Zouhaier Maghzaoui, Democratic Bloc, said efforts are underway to make sure the no confidence motion is moved in the house and avoid a repeat of mistakes seen in the previous session of parliament.

Ghannouchi last year overcame a first motion after 96 lawmakers pushed for his removal.

The proponents of the motion needed 109-quorum to unseat the parliament speaker.

Meanwhile, the Tunisian cabinet reshuffle is stalled, as President Kais Saied is opposed to the appointment of some new ministers he suspects of corruption.

Although the new cabinet formed by PM Hichem Méchichi was approved by the Assembly of People’s Representatives on January 26, Kais Saied refuses to set a date for the swearing of the new ministers.

Actually, the President who was not consulted but just informed of the cabinet reshuffle, made it clear that he would not call on ministers “suspected of corruption and conflict of interest to be sworn in.”

Others, including deputy of Ennahdha, Samir Dilou, who was followed by Tahya Tounes and El Islah blocks, suggest that Méchichi and the parliament dismiss, in one way or another, the contested ministers, and that it would be best if these ministers resign, before they even take their positions.

The other outcome, though unlikely, would be Mechichi’s resignation. “I find it hard to see him continuing to share executive power with President Saïed after all that has happened,” said Mustapha Ben Ahmed, president of the Tahya Tounes parliamentary bloc. Yet, in Tunisian politics, “anything is possible,” the MP said.

In a latest attempt to break the deadlock regarding the dispute on the cabinet reshuffle, the Prime Ministry sent an official mail to the Administrative Court.

Spokesman for the Administrative Court Imed Ghabri told TAP on Monday that this procedure is part of the advisory function of administrative justice.

Last Friday, PM Hichem Mechichi said he had sent a letter to the President of the Republic to set the date for the swearing-in of the new ministers.

As no answer was given to this letter, the deadlock goes on.