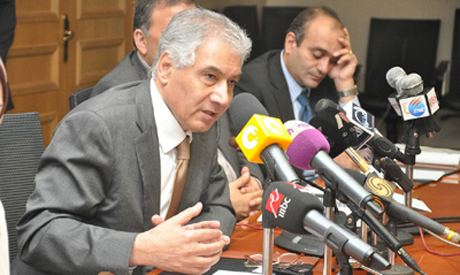 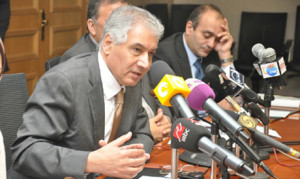 The military backed interim government will be embarking on its second economic stimulus package with an amount of 30 billion Egyptian pounds after allocating 29,6 billion in the first operation. Finance Minister Ahmed Galal said the package will be financed by state funds and aid received from the Gulf States. Egypt’s economy has been on its back heels since the revolution started three years ago.
24 billion Egyptian pounds was earmarked for the second package but the government decided to increase it to 30. The package will be launched in January. According to Minister Galal, they have “the resources to do it” claiming that it will be financed solely by funds that they “didn’t spend yet”.
Gulf States which were against the Muslim brotherhood regime. They increased their aid towards Egypt when Morsi was removed from power in July. Saudi Arabia, Kuwait and the United Arab Emirates have positioned themselves as the main supporters of the interim regime.
Egypt’s economy grew 2.1% in the year to June 30, far below the 7% level it managed for several years before the 2011 uprising against former President Hosni Mubarak. Since then, political turmoil has scared off investors and tourists. The implication of certain IMF recommendations as part of conditions for financial aid to led to a public outcry against the Morsi regime.
Angus Blair, chairman of business and economic forecasting think-tank Signet said the interim government should consider scrapping off the corporate tax rise introduced by the Morsi regime to attract private investment into the country.
Inflation has been on constant rise. It reached its highest annual rate in nearly four years last month. Interest rates have been slashed trice since July to boost the economy.