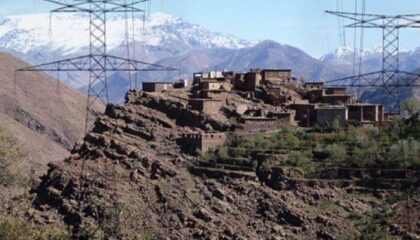 Morocco invested over $791 Mln on Electricity & Water Projects in 2020

These figures have been unveiled by ONEE Director General Abderrahim El Hafidi during a meeting of the Board of Directors of the Office, held lately under the chairmanship of Head of Govt. Saad Eddine El Othmani.

Investments injected by the ONEE in 2020 made it possible to improve the electrification rate of the rural world to 99.78 % and the rate of drinking water supply to 97.8%.

In 2019, the ONEE paid out a total of $937 million, including $457 million used to supply several rural regions of the Kingdom with electricity and $480 million which served to expand drinking water and sewage networks.

The investments made in electricity have enabled the country to meet its growing energy needs, enhance electric power transmission & distribution and improve electricity access in rural areas, El Hafidi said.

Regarding the investments injected in drinking water and liquid waste projects, they helped to provide drinking water to urban & rural inhabitants, expand and upgrade the sewage networks of the country, underlined the managing director of the state-owned office.

North Africa Post's news desk is composed of journalists and editors, who are constantly working to provide new and accurate stories to NAP readers.
NEWER POSTLibyan MP thanks Morocco for its role in the search for a solution to Libyan crisis
OLDER POSTOutcry in Tunisia over harsh jail sentence to three people for smoking pot