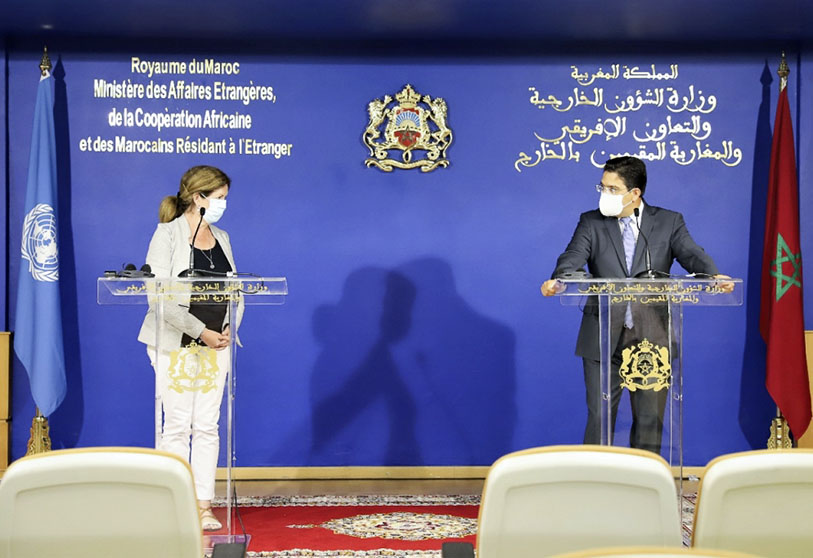 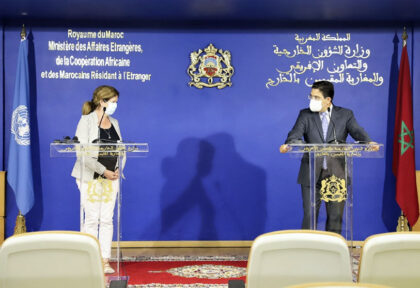 The UN Security Council, UNSC, has praised the kingdom of Morocco for its laudable contribution into solving Libyan longstanding political crisis

The praises came Thursday during the briefing by acting head of the UN Special Mission in Libya (UNSMIL), Stéphanie Williams. During this last briefing of her mandate, Stéphanie Williams presented the Report of the UN Secretary-General of January 19, 2021, which covers, in particular, the recent political, security and economic developments in Libya, as well as the activities of the UNSMIL, since August 25, 2020.

In his report, UN Secretary-General Antonio Guterres highlighted Morocco’s role in resolving the Libyan conflict. In this regard, he recalled that from September 6 to 10, delegations representing members of the House of Representatives [Libya’s parliament located in the east] and of the High Council of State, aligned with the UN-recognized Government of National Accord (GNA), met in Bouznika to discuss the appointments to the sovereign positions listed in article 15 of the Libyan Political Accord signed in Skhirat in 2015, including those of Governor of the Central Bank of Libya and Head of the Audit Office.

Libya has slid into chaos following the assassination in 2011 of the former leader Muammar Gaddafi in a NATO-led revolution.
Various factions fought for the control of the oil-rich country. In 2015, in December, the UN-brokered LPA led to the birth of the Tripoli-based GNA, but the latter was rejected by its rival administration in the east which is aligned with the HoR.

The report also indicated that both Libyan delegations met anew on Sept. 30 in the Moroccan city and reached a provisional agreement on the distribution of the positions under the basis of the country’s historical regions and required skills.

The talks continued in Tangiers Nov. 23-28 and Ghadamès in Libya on Dec. 06, the report also highlighted.

In addition, Guterres stressed that Williams met with Morocco’s top diplomat in Rabat on August 27 to discuss Morocco’s initiative to support the UN mediator’s efforts in Libya.

The UNSC Thursday welcomed the reports and several countries commended Morocco for its initiative.

China congratulated the North African country for its major role to re-unite Libyan factions in view of settling the crisis.

Libya’s envoy to the UN joined the chorus of praises for Morocco for playing host to the 2015 Libyan Political Agreement signed in Skhirat, and various inter-Libyan talks aiming at a peaceful settlement of the conflict.