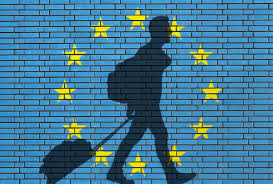 Following the outbreak of the coronavirus pandemic, France has restricted access to its territory and tightened control of travelers circulating within the Schengen area.

According to latest data published by French Interior ministry, the number of visas issued in 2020 by French consulates and embassies plummeted by 79.8 pc to 712,311 from 3.5 million visas delivered in 2019.

Despite this significant drop, Moroccan applicants take the lead as the first beneficiaries of the Schengen visas issued by France. They received 98,627 visas in 2020. The Russians ranked 2nd with 78,701 visas, followed by the Algerians (73,276 visas) and the Chinese (71,451 visas).