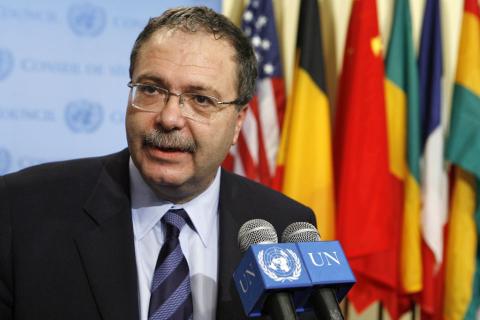 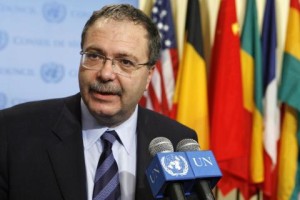 United Nations has raised concerns about the ongoing violence in Libya which seems to be getting out of the government’s control. Tarik Mitri, the Special Representative of the Secretary-General told the Security Council in a briefing that there needs to be a “dialogue” between the government and the militias to end the violence and to assure that the use of force is monopolized by the government. UN is also concerned about the 6400 barrels of concentrated uranium in the country.
Mr. Mitri said the Libyan violence has reached a state of “precariousness” which has ceased to end. Militias have refused to disarm and have laid siege on several oil terminals for months. The government forces are very weak to carry out any important operation against them. Last week, Prime Minister Zeidan has warned that the situation is getting “dangerous”. To ease the tensions between the different parties, Mitri said “it is essential for all parties to engage in dialogue and create the right balance of incentives in order to stimulate a comprehensive process of reintegration and eventual disarmament.” European countries have offered to train Libya’s military and police.
Since the fall of Gadhafi, it has been difficult for authorities to impose their authority. The country is lavished with arms used during the war to end Gadhafi’s reign.
UN is worried about the safety of the concentrated uranium, or yellowcake, left over after the former regime abandoned its nuclear program. The stock was guarded at a former military base in southern Libya and a team will be dispatched from the International Atomic Energy Agency (IAEA) to observe it. An inspection team from the Organization for the Prohibition of Chemical Weapons (OPCW) is also expected to visit later this month.