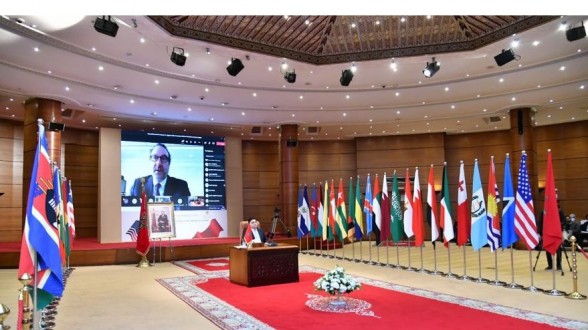 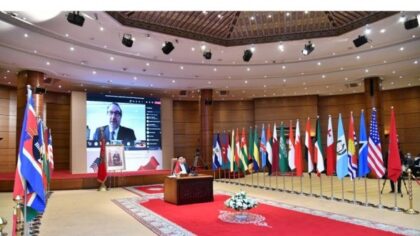 Representatives of forty countries, including 27 ministers, took part at a virtual ministerial conference to reiterate support for Morocco’s autonomy proposal as the only political solution to the Sahara issue.

The conference was co-chaired by Moroccan Foreign Minister and US Assistant Secretary of State for Near Eastern Affairs David Schenker.

“President Trump’s proclamation on December 10 recognizing Moroccan sovereignty over Western Sahara makes clear our view that Morocco’s autonomy proposal is the only basis for a just and lasting solution to the conflict,” Schenker said in his opening remarks.

He called on the international community to back the autonomy plan as “the only credible and realistic basis for negotiations.”

“After nearly three decades of the status quo failing to produce a breakthrough, let us seize this moment to reinvigorate negotiations within the framework of Morocco’s autonomy plan,” he said.

Speaking at the same event, Morocco’s foreign minister recalled that the conflict over the Sahara is a relic of the Cold War era and that the status quo has lasted for long.

But now the issue is “experiencing an acceleration of transformational developments, he said, highlighting that at the level of the UN, 17 successive resolutions enshrine the pre-eminence of the Moroccan autonomy plan.

He also underscored the impetus added to the autonomy plan with the recent US proclamation and the opening of consulates in the Sahara by 20 countries.

In this respect, Bourita quoted King Mohammed VI saying “the autonomy initiative is the concrete translation of the solution sought. It is the only possible way to achieve a settlement of the conflict, with full respect for national unity and the territorial integrity of the Kingdom.”

After explaining what makes the autonomy option a serious, realistic and credible initiative, Bourita shed light on the new development model for the southern provinces as a concrete step that paves the way for the autonomy status of the Sahara in addition to the democratic and orderly election of representatives of the Sahara territory.

At the geopolitical level, the autonomy proposal is conducive for economic and security cooperation in the Maghreb as well as African stability and prosperity.

He said Morocco remains committed to the political process and backs the endeavor of the UN Secretary General to appoint a new Personal Envoy. Meanwhile, he said “other parties continue to hinder” these efforts and continue to violate the 1991 ceasefire agreement.

The autonomy plan provides the ongoing UN process with a clear path and destination in sight, stressing the importance of the US declaration because it installs a clear perspective for the settlement of the issue under Morocco’s autonomy plan.

Speaking at the same event, foreign ministers of the UAE, Bahrain, Gambia, Guinea, Zambia, Haiti, Guinee, Togo, Guatemala, Antigua and Barbuda expressed backing to Morocco’s territorial integrity and to the autonomy plan as the only political solution to the Sahara issue that would contribute to regional peace and stability.