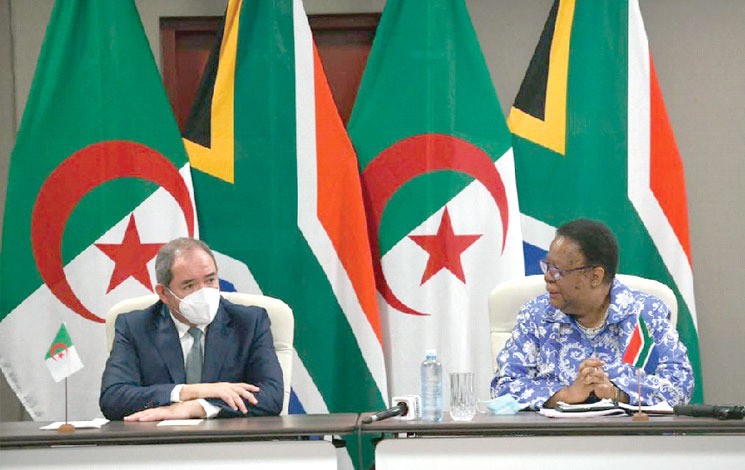 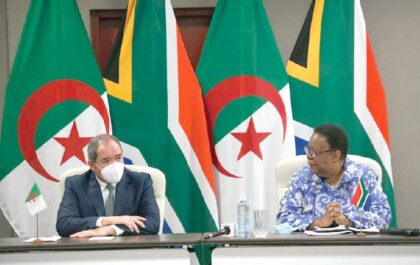 Algeria’s diplomacy has ensued painful setbacks in recent years on the Sahara issue. Morocco’s successful move to secure the border crossing with Mauritania and the recognition by the US of Morocco’s sovereignty over the Sahara are the latest nails in the coffin of Algeria’s mulish support for the Polisario separatist militia. Isolated globally and in Africa in particular where it run out of allies, Algerian Foreign Minister Sabri Boukadoum flew to South Africa in a desperate move to garner support for a separatist thesis in the Sahara that is decaying to say the least.

Boukadoum and his army commanders, the kingmaker in Algeria, still think that they have leverage over the African Union. They find it so hard to come to terms that their voice in Africa is inaudible as only a handful of African states still rally behind the Polisario chimera in the Sahara. The intervention of the Moroccan army to secure the Guerguarat border crossing and the neutrality of the African Union is a bitter reality for Algeria which still resists accepting the fact that the days of exploiting Rabat’s empty chair at the continental organization to pass anti-Moroccan resolutions are over.

Algiers now seeks rescue from the ANC-led South African government to try to pressure African states into an anti-Moroccan position, as South Africa is about to release the African Union chairmanship in February.
But neither Algiers nor Pretoria could match the alliances forged by Morocco at the continental and international level thanks in part to the efforts of its diplomacy and legitimacy of its stands on the Sahara issue.

Let’s not forget that 28 states submitted a motion asking for kicking out the Polisario from the African Union in 2017 and that in 2019 two thirds of the African Union stressed the need for the continental organization to not interfere in the Sahara issue as it is a matter of exclusive UN competence.

South Africa’s membership of the Security Council in 2019 and 2020 could not prevent the passing of resolutions 2494 and 2548 which both call for a realistic solution to the Sahara conflict, based on compromise, and back Morocco’s autonomy initiative as a serious and credible solution and during its December mandate of the rotating presidency of the UN Security Council it has made modest pleas for the Polisario.

It is fair to say that when Morocco was investing in Africa in line with a solidarity-oriented foreign policy towards its African neighbors for decades, South Africa and Algeria were interacting in a patronizing and xenophobic way.

South Africa’s migration policy towards its African neighbors came to be compared with apartheid practices that the ANC forefathers were fighting. Algeria’s treatment of African migrants is no better.

Algeria’s foreign policy, pegged on the price of oil, is more about handing out cash to buy political stands using void and outdated ideological slogans at a time Morocco is rolling out investments to help African countries face some of the challenges facing the continent namely, food security, stability and education. To mention but a few, Morocco’s OCP is building fertilizer plants across Africa including in Nigeria, Ethiopia and Ghana to help achieve the continent’s food security besides building a pipeline to channel Nigerian gas through West Africa, a project that would help the region meet its energy security.

The failures of Algerian diplomacy on the Sahara issue are inevitable! It’s not Boukadoum’s fault that the US recognized Morocco’s sovereignty and that African countries are opening consulates in the Southern provinces. It is the fault of a military doctrine that sticks to an ideology that is disconnected from reality.

As it heads straight to the abyss of a new economic crisis, Algeria’s diplomatic voice is inaudible as the country came to symbolize all that is wrong with Africa: corruption, military rule, authoritarianism, and rent economy.

Even Algeria’s neighbors are not consulting with Algiers, a city thousands of miles away from the Sahel where Algerian intelligence services are often accused of connivance with many terrorist groups that sprung from the Islamist extremist group of the GIA.

Meanwhile, Algeria remains at the mercy of its warmonger army in the absence of a new ailing president who said he was going to Germany for a “simple surgery” hinting that Algerian hospitals are not fit for him to carry out that “simple” surgery. The glue that holds Algeria together, oil rent, no longer sticks and omens of a crumbling social peace are more apparent than ever.