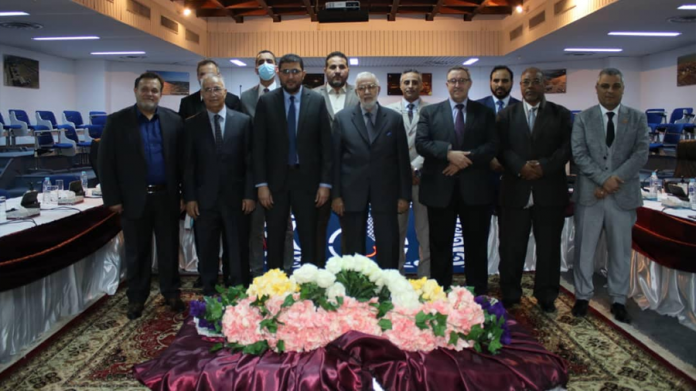 Libya: Finance Ministers of the two parties have agreed on unifying budget

The United Nations support mission in Libya (UNSMIL) welcomed the meeting that took place on Tuesday, January 12, in Brega, the Libyan eastern port city, between the finance ministers of the two rival parties.

An agreement for a unified budget for 2021 was reached at this meeting. A joint financial commission composed of experts from both parties was formed to design and monitor this budget.

In the immediate term, this meeting is expected to solve some urgent problems, such as the delayed payment of salaries, to rationalize the budget, especially the expenses, and to balance them between the different regions to improve the services and the deteriorated infrastructure in some of them.

In the longer term, economic experts hope to limit inflation, stabilize the value of the Libyan dinar against the dollar, and implement the necessary economic reform program.

If this meeting constitutes an indispensable step for the Libyan economy, it should, according to the UN, “be accompanied by real efforts” in the political part of the discussions to form a “unified government”.

Discussions to achieve this are currently at a standstill. A meeting is planned in Geneva starting this Wednesday to try once again to appoint an executive capable of leading the country towards the elections scheduled for the end of 2021.

North Africa Post's news desk is composed of journalists and editors, who are constantly working to provide new and accurate stories to NAP readers.
NEWER POSTMorocco extends night curfew for one more week
OLDER POSTECOWAS completes evaluation mission of transition in Mali on a note of satisfaction