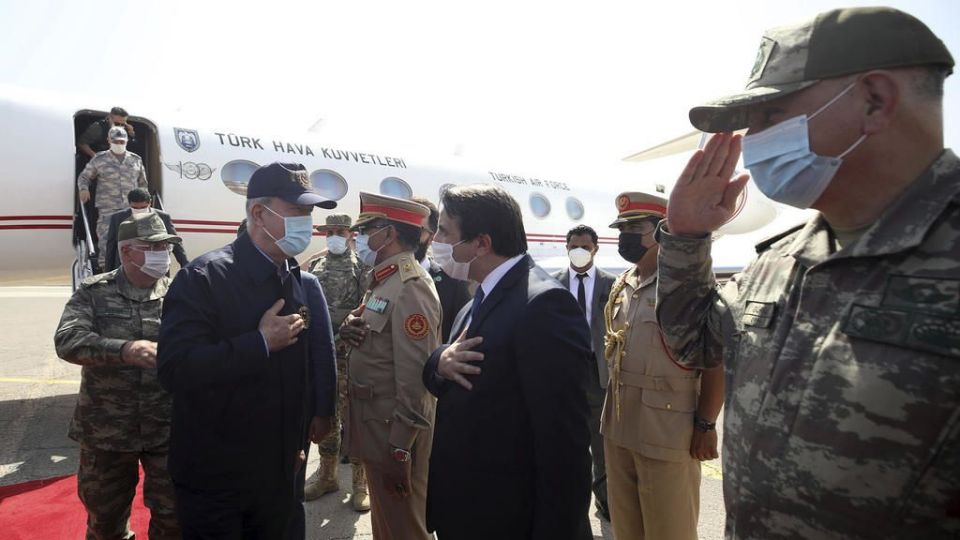 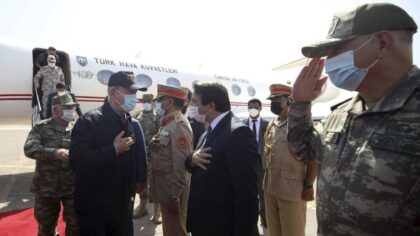 The visit to Ankara last Sunday by the Libyan Defense Minister of the Tripoli-based Government of National Accord (GNA) has sparked a strong reaction in the Libyan east, which accuses Turkey of seeking to derail the Geneva political agreement.

According to a statement by the Turkish Defense Ministry, the meeting between the two counterparts aims to further develop strategic and military coordination between the two sides. It is an opportunity for Turkey to renew its full support for the government of Fayez al-Sarraj.

Last December, during a visit to Tripoli, Hulusi Akar, the Turkish Defense Minister, raised his voice against Marshal Haftar and his troops.

Last Sunday, in receiving his Libyan counterpart in the GNA government led by Fayez al-Sarraj, he sought to unify the militias of western Libya under the banner of this minister loyal to Ankara, even more loyal than Interior Minister Fathi Bachagha, supported by Misrata’s militias.

In recent weeks, divisions have emerged between the militias of Tripoli and those of Misrata. According to analysts in eastern Libya, Ankara wants to unify the militias to attack the oil crescent, currently in the hands of Khalifa Haftar’s forces. But the camp in the west also accuses the marshal of wanting to fight as he amassed his forces in Sirte.

Prior to his visit to Turkey, the Libyan Defense Minister said that the GNA was committed to its agreements with Turkey, which is in total contradiction with the Geneva Agreement.

The Geneva agreement stipulates the suspension of training of Libyans by foreigners and the withdrawal of thousands of foreign forces before 25 January.

Yet, the Turkish Parliament voted a week ago the renewal of the mission of Turkish soldiers in Libya for 18 months.