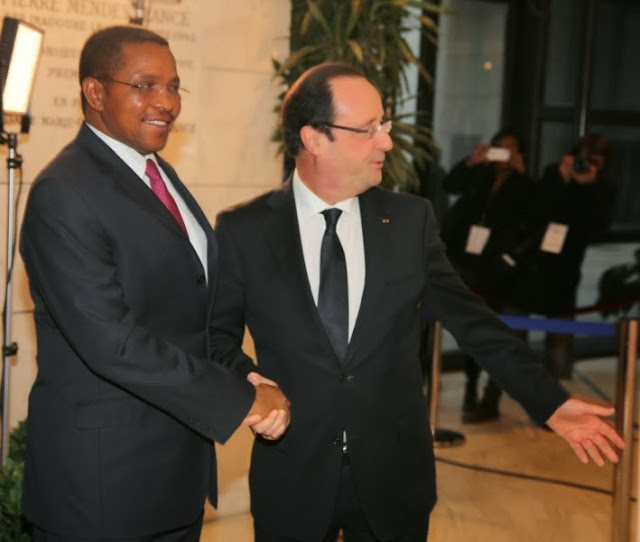 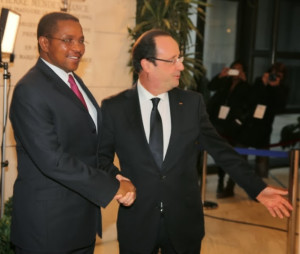 “France must double its trade with Africa,” Hollande called on French business leaders during a major conference of French and African business leaders in Paris on Wednesday (4 December). If France can manage to achieve this, some 200,000 jobs will be created in France over the next five years. Hollande’s comments came ahead of a summit with African leaders in Paris.
The French president, who has also been criticized over the unrelenting unemployment in his country, also announced the creation of a Franco-African growth foundation by 2014 that would aim to foster business talent. The value of France’s business links with Africa has progressively risen since its former colonies won independence throughout the 1960s. But, at the same time, it has seen its share of the African market decline as China and other emerging economies have increased investment on the continent.
However, France was in danger of “missing the boat” in Africa, warned Nigeria’s Finance Minister Ngozi Okonjo-Iweala, adding that “This is the time for the French private sector to begin to get in. [Because] if you miss the boat now, if you are not in Africa now – let me say it again, if you are not in Africa now – you are missing the opportunity of a lifetime.” Okonjo-Iweala, formerly a managing director at the World Bank, encouraged French companies to take part in the privatization of the energy and transport sectors that are currently under way in her country and all across Africa.
Economic growth across Africa has exceeded 5 percent yearly for the last 10 years and the expansion has been accompanied by growing economic links between the continent and emerging powerhouses like Brazil, India, and China. On the other hand, France has lost market share across the region. However, France still wields significant influence and is a major player in many African security issues.

North Africa Post's news desk is composed of journalists and editors, who are constantly working to provide new and accurate stories to NAP readers.
NEWER POSTAlgeria : Al Qaeda’s 3rd in command killed
OLDER POSTEgypt : how much is enough to restore investor confidence