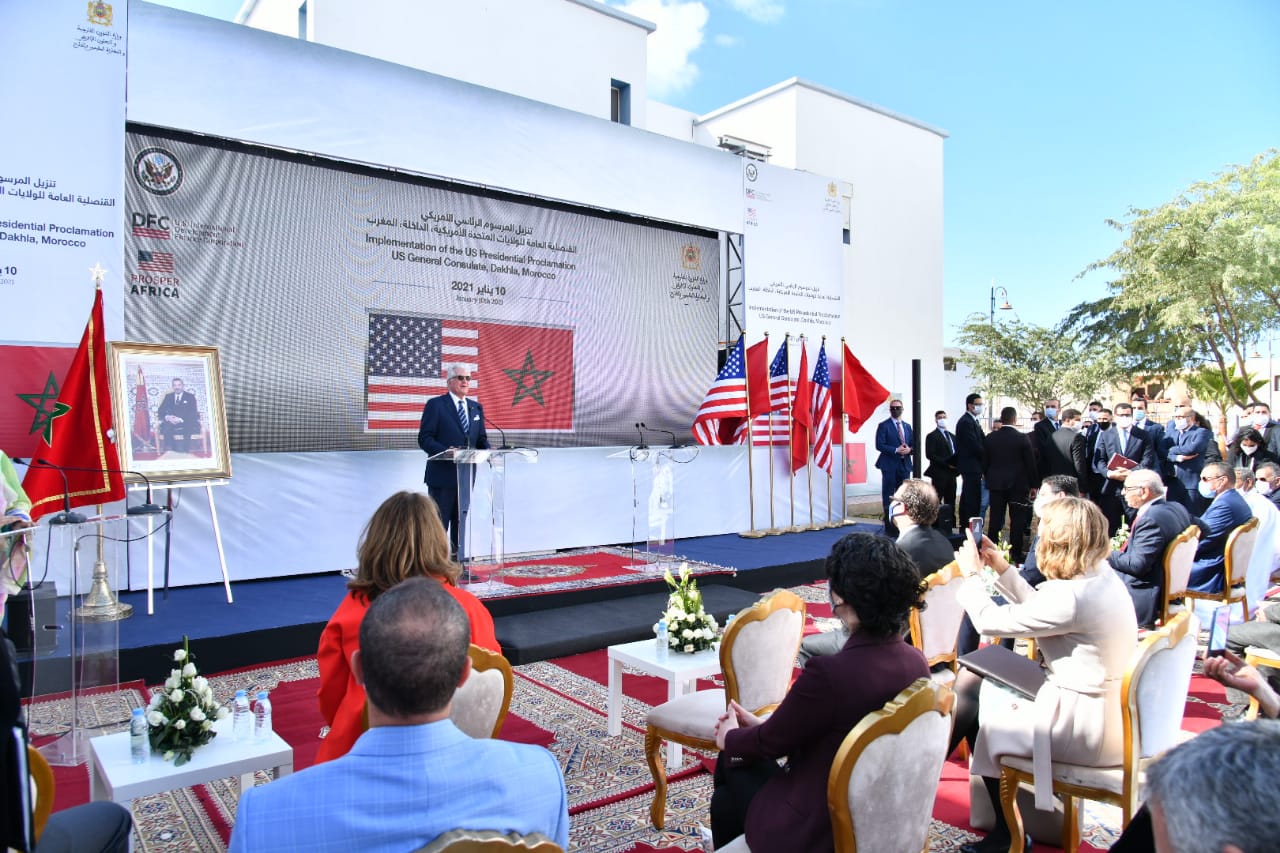 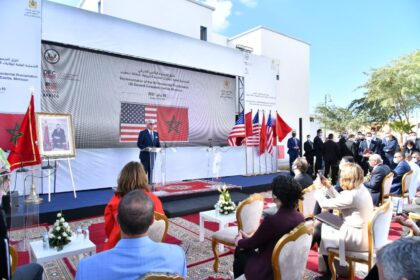 US ambassador to Rabat David Fischer and US Assistant Secretary of State David Schenker will go down in history as the first US officials to visit the Moroccan southern provinces in implementation of the landmark proclamation of President Trump.

“Last month, president Trump acknowledged the inevitable and stated the obvious: The Sahara is Moroccan and Morocco has the only just and lasting solution to resolve the fate of this territory,” said Fisher at a ceremony in Dakhla.

He said that experts will inspect the building choices in Dakhla in order to open a consulate in the Sahara in implementation of President Trump’s proclamation.

“The US has been investing in the future of the southern provinces since the Obama administration, primarily through funding from the department of the middle east and the US Aid and we have been focused on job creation and strengthening civil society,” he said.

“I give my sincere thanks to His Majesty King Mohammed VI, whose firm dedication to US-Morocco friendship was essential for making today’s visit possible,” Fisher said.

Opening a consulate will allow the United States to take further advantage of Morocco’s strategic positioning as a hub for trade in Africa, Europe, and the Middle East. Specifically, it will support and encourage investment and development projects that bring tangible benefits for the region, he added.

Foreign Minister Nasser Bourita, speaking on the same occasion, underscored the significance of the US delegation visit and its impact on promoting business.

Bourita said that the US consulate will become the 20th consulate to open in the Sahara, adding that the number could be much higher if it was not for Covid-19.

The Moroccan minister also reiterated Morocco’s attachment to the ceasefire agreement while stressing that the Royal Armed Forces will respond to any attack.

Since the US recognition of Morocco’s sovereignty over the Sahara on Dec.10, the complete map of Morocco including the Sahara has been adopted by all US institutions, he said, adding that the FTA with the US will cover products from the southern provinces.

Earlier, Schenker said at a presser in the same city that Morocco is “key partner for regional stability and our two nations enjoy broad military-to-military partnership.”

He said the US first FTA in Africa is with Morocco and that trade between the two countries has grown more than five-fold.

While underscoring the milestone last month of the announcement of President Trump to recognize Morocco’s sovereignty over the Sahara and the resumption of ties between Morocco and Israel, Schenker said that these developments “have been made possible by King Mohammed VI’s leadership in advancing a bold and far-reaching reform agenda over the past two decades and His Majesty’s continuous and valuable support on issues of common interest such as peace in the Middle East, Africa’s stability and development as well as regional security.”

During their trip to Dakhla, the US Assistant Secretary of State David Schenker, the Ambassador David Fisher and his spouse were all donning the traditional Sahraoui garments, abaya for men and mlehfa for women, paying thus tribute to Moroccan diversity and culture.