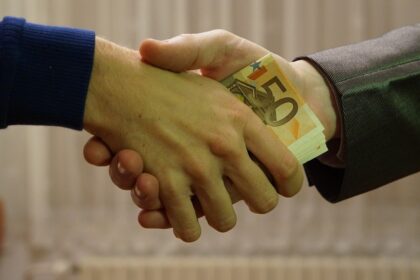 Two officials of the Tunisian trade ministry have been arrested for taking kickbacks, a prominent lawmaker told the media Saturday.

The officials, according to Badreddine Gammoudi, Chairman of the Parliamentary Commission for Administrative Reform, have been arrested for taking TND60,000 (around $18,000) from a businessman in the governorate of Mahdia.

Gammoudi said the businessman was blackmailed by the two officials who demanded the kickbacks in exchange for services.

The officials, the lawmaker said, were caught red handed after security forces laid down an ambush.

Their arrest came following dozens of detentions of several people including the minister of environment on corruption charges in connection with a waste scandal that has hit the North African country.

Tunisia has been rocked since summer by the scandal after SOREPLAST, a Tunisian company, imported around 300 containers, totaling 120,000 tons of municipal solid waste from Naples in Italy, for sorting and recycling. The waste is believed very dangerous and banned by Tunisian laws.

SOREPLAST was to execute the contract for €48 per ton – around €5 million in total.