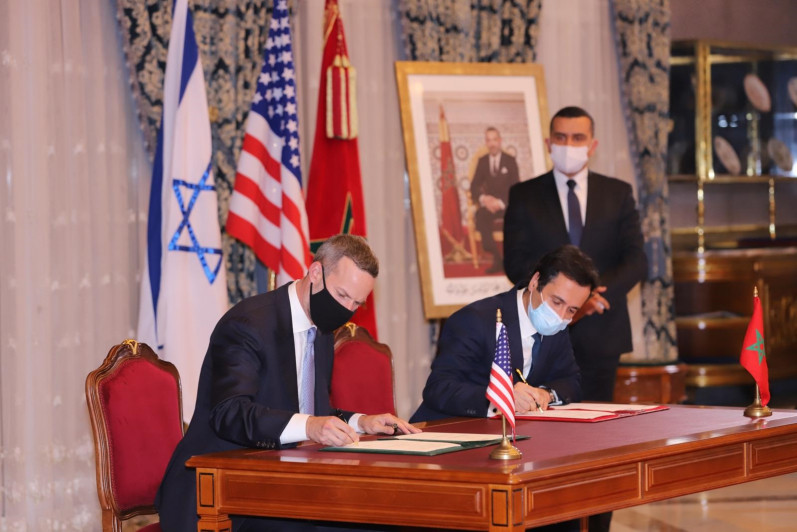 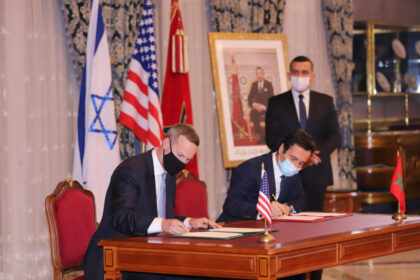 Africa featured prominently in the agreements that were signed during the visit to Rabat of the US-Israeli delegation, as Morocco matches words with action in defending its solidarity-oriented approach towards the continent.

The US International  Development Finance Corporation signed an agreement with Morocco worth 3 billion to support private investments in the Kingdom and in Sub-Saharan Africa in partnership with Moroccan operators.

Morocco has also signed a deal to support the US Prosper Africa initiative which aims at facilitating African investments in the continent.

Through this agreement, the US makes Morocco a regional hub for its flagship Africa initiative in recognition for Rabat’s economic leadership in the region.

Under this initiative, the US plans to invest 1 billion dollars in bilateral agreements with Morocco during the next four years.

In total, the US plans to invest 5 billion dollars in deals with Morocco which are also geared towards promoting investments in Africa.

In this regard, the US International Development Finance Corporation (DFC) will open a Prosper Africa office in Morocco, said DFC Chief Executive Officer and Prosper Africa Executive Chairman Adam Boehler who was part of the visiting US-Israeli delegation.

The measures also provide for the launch of a 2X MENA initiative to catalyze $1 billion of investments in projects that advance women’s economic empowerment in the Middle East and North Africa.

“Morocco’s leadership on the continent combined with its vibrant and growing economy make the country an ideal base for Prosper Africa as well as for creating exciting opportunities for DFC investment,” said Boehler. “We deeply value our strong relationship with Morocco and we look forward to deepening this partnership.”

Through Prosper Africa, the US Government commits to helping US businesses and investors access North African markets and to supporting North African businesses in accessing new opportunities in the United States.

The Prosper Africa regional office in Morocco to open in January 2021, is the initiative’s very first regional office in North Africa. The new Morocco office will leverage expertise from across 17 US Government agencies and bring new resources, staff, and dedicated attention to increase two-way trade and investment between the US and Morocco and across broader North Africa, helping support economic development in the region.

The collaborations signed Tuesday “demonstrate DFC’s commitment to supporting development and economic growth in Morocco, and Morocco’s role as a key partner in realizing the goals identified in DFC’s new Roadmap for Impact. DFC welcomes proposals from the private sector for investment in Morocco, including those related to energy, agriculture, healthcare, and expanding access to finance.”

“With the potential for up to $500 million in funding over five years, this groundbreaking new USAID program will offer a wide range of customized services from business development and investment facilitation to support improved legal and regulatory frameworks. For every $1 of public funding, this new USAID program is expected to leverage more than $9 in private investment, delivering billions of dollars in new exports and investments and creating thousands of new jobs,” the DFC said.

Needless to say that the resumption of Morocco’s relations with Israel attaches particular importance to cooperation in the fields of innovation, water management and agriculture, which are also key to addressing challenges facing African states.

Morocco has invested in many African states including Nigeria, Ethiopia and Ghana to help Africa meet its food security goals and agreed with Nigeria to build a pipeline that will promote integration in West Africa.

In the face of the lethargy plaguing the Maghreb due to Algeria’s intransigence to open borders with Morocco, Rabat is looking south to its African depth where its investments are making a difference in people’s lives.

The agreement signed with the US on the sideline of the US-Israeli delegation visit sends a clear message that Morocco spares no effort to benefit its African partners from its diplomatic and economic headway.

North Africa Post's news desk is composed of journalists and editors, who are constantly working to provide new and accurate stories to NAP readers.
NEWER POST“Process to establish a US consulate in Dakhla is launched”, announces Mike Pompeo
OLDER POSTAlgeria, Egypt countries where workers have no rights – International Trade Union Confederation