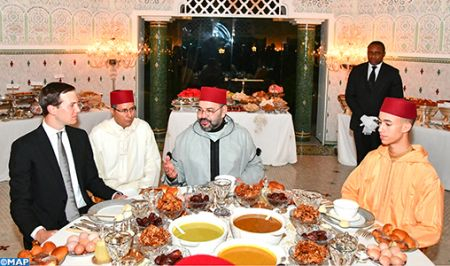 Autonomy under Moroccan sovereignty is the only realistic solution to the Sahara issue, Jared Kushner says 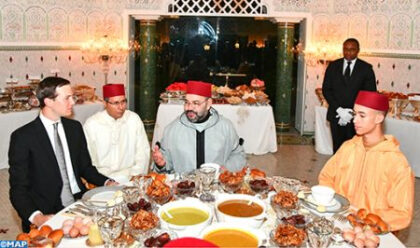 The special adviser and son-in-law of US President Donald Trump discusses the American recognition of Morocco’s sovereignty over the Sahara and its close collaboration with King Mohammed VI.

“For the United States, the autonomy plan under Moroccan sovereignty is the only realistic option for a just, lasting and acceptable solution in order to resolve the Sahara conflict,” affirmed Jared Kushner, the special adviser and son-in-law of US President Donald Trump.

In an exclusive interview with Moroccan newspaper Al Ahdath Al Maghribia published this Tuesday, Jared explains that the old approach in the management of the Sahara conflict “has shown its flaws, and continuing to ignore this fact only harms the Moroccans and the Polisario front.”

This interview is published as Jared Kushner is expected in Morocco this Tuesday at the head of an Israeli-American delegation. This delegation will arrive aboard the first direct flight from Tel Aviv to Casablanca, a premiere which is part of the development of relations between the three countries, as heralded by the American recognition of Morocco’s sovereignty over the Sahara and the announcement of the establishment of relations between Morocco and Israel.

In his promulgation of December 10 recognizing Morocco’s sovereignty over the Sahara, US President Donald Trump also states that “The United States believes that an independent Sahrawi State is not a realistic option for resolving the conflict and that genuine autonomy under Moroccan sovereignty is the only feasible solution.”

Some ten days later, his adviser Jared Kushner notes in the interview that an “independent Sahrawi state is not a realistic solution to resolve this conflict”.

According to Kushner, the United States “urges the parties to engage immediately and constructively with the UN, and to consider innovative and real ways to advance the peace process, using the Moroccan autonomy plan as the only framework for negotiating a mutually acceptable solution.”

He added that the US “encourages the economic and social development of Morocco, including the provinces of the Sahara.”

In the Presidential proclamation of Dec.10, the US announced an upcoming opening of a consulate in Dakhla “to promote economic and business opportunities for the region.”

In his interview, Jared Kushner also reveals that the Abrahamic peace treaties between Israel and several Arab countries would not have come into being without the advice and ideas of King Mohammed VI.

He recalls that during his visit to Morocco in May 2019, he had had “a good discussion” with King Mohammed VI on the possibility of normalizing relations with Israel. “He gave me valuable advice and shared with me some ideas that have contributed to our success in the region,” he said.

Since this meeting, he says, “we have remained in constant exchange with King Mohammed VI and his team…We are working on solving various problems.”