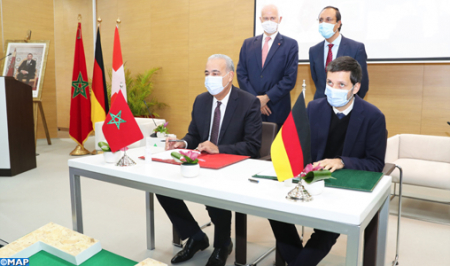 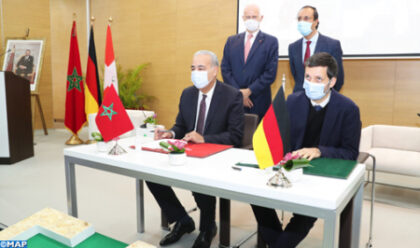 Morocco and Germany inked on Tuesday a new cooperation program worth 5.6 million Euros destined to enhance the Kingdom’s water resilience in rural areas.

The four-year program will support the actions of hydraulic agencies of Tensift, Sebou, and Ziz-Guir-Rhéris. It seeks to improve the living conditions of rural populations and improve their resilience to climate change.

It builds on the achievements made by Moroccan “AGIRE” program launched in 2008 with the support of Germany and Switzerland for better management of water resources in the North African Kingdom.

The “AGIRE” program, which lasted 12 years and cost €22.7 million including a €2.8 million contribution from Switzerland, is a model of fruitful cooperation in the water sector, said Moroccan minister of Equipment and Water Abdelkader Amara during signing ceremony.

Speaking on this occasion, German Ambassador to Morocco Schmidt-Bremme praised Moroccan-German cooperation, which is part of a strategic partnership existing between the two countries in the fields of water and climate change.

For his part, Swiss ambassador to Morocco Guillaume Scheurer hailed the positive results yielded during the past 12 years through the trilateral cooperation program which sets the example in the management of water resources.