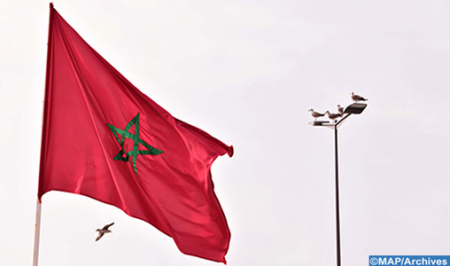 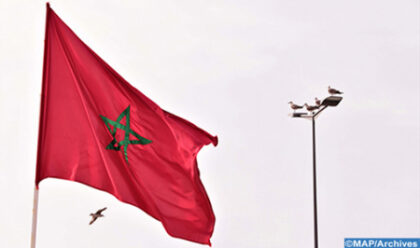 The announcement last Thursday of the normalization of relations between Morocco and Israel has been welcomed as a move that will contribute further to peace in the Middle east, given the crucial role that the Kingdom has always played in this peace process.

In this connection, Belgian federal deputy and minister of State André Flahaut underlined on Monday that Morocco’s role has always been crucial in the peace process in the Middle-East and in the defense of the legitimate rights of the Palestinian people.

“Morocco’s role has always been crucial and its determination on this issue never failed,” Flahaut pointed out in a statement.

“I have good hope that Morocco continues, everywhere and permanently, to promote, on the basis of UN resolutions, the emergence of solutions respectful of all parties, that is to say those that bring a just and sustainable peace,” said the Belgian Minister of State.

“Within the framework of the friendship with our Moroccan partners, I note the formal commitment made by King Mohammed VI to President Mahmoud Abbas to never fail in the defense of the legitimate rights of the Palestinian people,” Flahaut stressed further.

The federal deputy underlined in this regard “the urgent need to continue to support the non-derogable right of the Palestinians to live free and in peace; their right for respect and dignity”, noting that “it is more than ever essential to be by their side and to campaign, as yesterday, for the recognition of their State”.

From Madrid, Spanish political scientist Pedro Ignacio Altamirano has underlined the importance of Morocco’s role in settling the Palestinian-Israeli conflict, saying “the situation in the Middle East is difficult and requires, today more than ever, reliable actors with a significant capacity for negotiation and leaders committed to peace.”

“In this regard, the role of HM King Mohammed VI, Chairman of the Al Quds Committee, is essential for resolving the conflict between Palestinians and Israelis and restoring peace in the region,” Altamirano told MAP correspondent.

“Morocco has always respected and supported the principles of peaceful coexistence and tolerance under the leadership of HM the King who never ceases to reaffirm his strong commitment to the Palestinian cause,” the political scientist noted, adding that the resumption of official contacts between Morocco and Israel is an important element in “promoting peace in the region”.

“Peace requires courage and generosity, values advocated by HM the King. I therefore believe that Morocco’s contribution, as an emerging power in the Mediterranean, in the Atlantic and in Africa, to resolve the Palestinian-Israeli conflict is fundamental,” he underlined.

Commenting Morocco’s decision to establish diplomatic relations with Israel, UN High Representative for the Alliance of Civilizations Miguel Angel Moratinos has also praised Morocco’s strong and steadfast commitment, under the leadership of King Mohammed VI, for peace in the Middle East and for upholding the rights of the Palestinian people.

“Morocco’s has always been committed for peace in the Middle-East, defending the rights of the Palestinians and supporting the solution of two states living side by side in peace and security”, said the former Spanish foreign minister.

President of the US Conference of Mayors, Bryan Barnett, on Sunday commended Morocco’s leadership role as a regional peace broker.

“As our oldest ally, Morocco deserves praise for its rich culture, interfaith acceptance and leadership role as a regional peace broker,” Barnett wrote on Twitter in comments on the US recognition of Morocco’s sovereignty over its Sahara and on the normalization of Moroccan-Israeli relations.