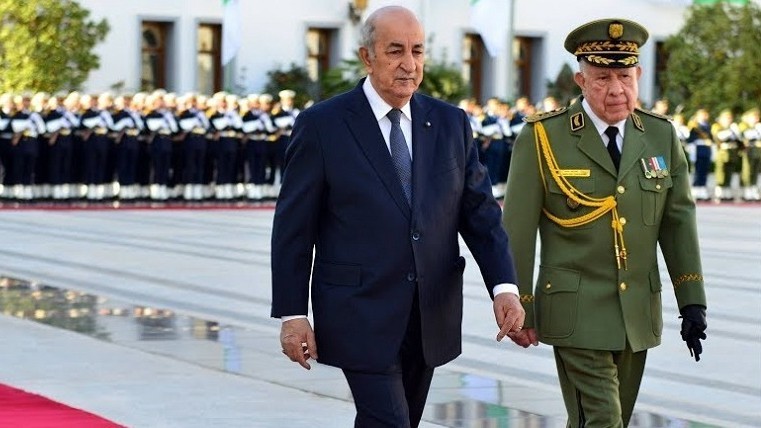 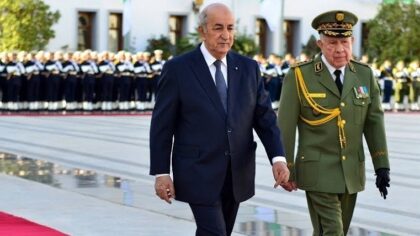 Algeria’s President Abdelmejid Teboune has been out of the country for more than a month receiving medical care in Germany and authorities are maintaining a blackout while reassuring the people that he has left hospital.

The Algerian official media have not yet shown any footage of the President since he flew to Germany so far and the all powerful chief of staff Said Chengriha has switched his military gear for civilian outfit, filling in the void left by the President.

Chengriha is known as a warmonger who has shown contempt for pro-democracy Hirak protesters and advocated a hardline authoritarian approach on dissent.

His recent actions and power grab confirm the adage that all states have an army, except Algeria where the army has a state.

Often described as a military state where men in uniform rule behind a civilian facade, Algeria’s ageing ruling elite is doomed to be sick as it turns a blind eye to the demands of the youth through the Hirak movement for a clean break with the regime.

The absence of the President came at a critical moment as Algeria voted with a historically low turnout of 27% for a new constitution that gives the military extensive powers, including intervening outside Algeria’s borders.

His absence also takes place as the country struggles with the fallout of the coronavirus repercussions and low oil prices which will further deteriorate public finances and undermine social spending, key to Algeria’s social peace.

Algerian analysts evoked the application of Article 102 of the constitution, according to which power should go to the Upper House speaker if the President is incapacitated. The problem is that the Speaker is 93 years old himself and prone to medical issues.

The sickness of Teboune is now compared to that of the former president Bouteflika and has come to symbolize an ailing Algeria that has failed to use its massive oil wealth to lift the country from utter dependency on oil and gas.