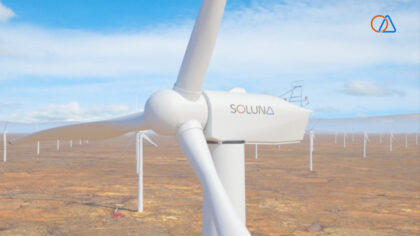 Cryptocurrency firm Soluna said it maintains its plans for a 900 MW wind farm in Dakhla and has made progress towards developing the site.

Speaking to the media Wednesday, Soluna CEO John Belizaire said that the progress is being made and authorizations of Moroccan authorities including the regional investment council, energy ministry and industry ministry have been received.

He said the company is developing the site and has so far spent 10 million dollars for the project but coronavirus repercussions delayed some studies.

“The Polisario attempted to put pressure on the company and myself in order to abort the project which is a unique opportunity for Morocco and Dakhla,” Belizaire was quoted by Finance Hebdo as saying.

The total cost of the project amounts to 150 million dollars and stretches over more than 10,000 hectares.

Belizaire said that 400 jobs will be created on site and that 1% of revenue will support projects in the local Dakhla community.

He also said that no cryptocurrencies will be sold by the company in Morocco in compliance with local laws.