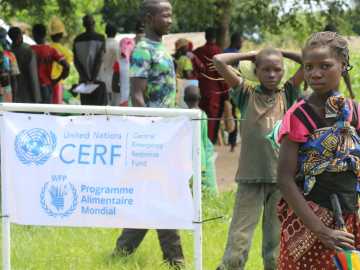 Morocco has decided to “significantly” increase its contribution to the annual budget of the Central Emergency Response Fund (CERF) by allocating 100,000 dollars for the year 2021, announced, on Tuesday, Minister of Foreign Affairs Nasser Bourita.

Speaking at the 2020 high-level CERF donors conference held remotely, Bourita stressed that Morocco’s contribution to the Fund’s annual budget is intended to be the “concrete” expression of the Kingdom’s “humanitarian commitment”.

The Minister noted that at a time when we are facing unprecedented humanitarian needs, every contribution is important, especially as it helps alleviate suffering, gives hope to the most vulnerable and brings us closer to the universal goal “leave no one behind”.

Morocco contributes actively and consistently to mitigating the impact of humanitarian crises around the world, through its effective participation in peacekeeping operations and humanitarian actions throughout the world.

In this context, Bourita recalled that at the order of King Mohammed VI, the Royal Armed Forces have set up 17 military hospitals and provided 2.65 million services to local populations and refugees in 14 countries across several continents.

Morocco is still insisting on the paramount importance of building bridges between humanitarian and development projects as is the case in the Sahel region, he stressed adding that the Kingdom, as a President of the humanitarian segment of the United Nations Economic and Social Council (ECOSOC), launched a call to action, supported on a large scale, to support the humanitarian response in the fight against Covid-19.

“Even in times of pandemic, Morocco’s solidarity has never failed”, the minister insisted, stressing that at the initiative of the King, Morocco has provided medical aid to 20 African countries to help them counter the new coronavirus.

In this context, Bourita quoted a passage from the message that King Mohammed VI had addressed to the First World Humanitarian Summit held in 2016 in Istanbul, in which the Sovereign underlined: “Ever since my accession to the throne of the Kingdom of Morocco, I have keenly sought to make humanitarian work one of the pillars of the Kingdom’s foreign policy. I am particularly proud that Morocco has made significant contributions to alleviating the impacts of humanitarian crises wherever they happened, especially in the countries of the South.”

Nasser Bourita also praised the “leadership” of Mark Lowcock, the Chief of Humanitarian Affairs of the United Nations, which made it possible to increase the commitment of donors to the Central Emergency Response Fund, noting that in 2020 some $730 million has been allocated by CERF to people affected by conflict, disease and climate disasters around the world.

He further underlined that Morocco, as a donor and member of the CERF Advisory Board, highly appreciates the value added of the Fund allowing a rapid, timely and better coordinated response to humanitarian crises.

North Africa Post's news desk is composed of journalists and editors, who are constantly working to provide new and accurate stories to NAP readers.
NEWER POSTMorocco sells $3 bln in triple-tranche bond
OLDER POSTGroup of Friends for Elimination of Violence against Women & Girls launched with Morocco’s contribution