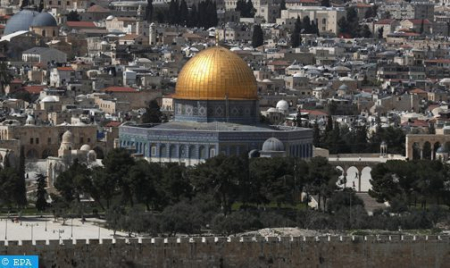 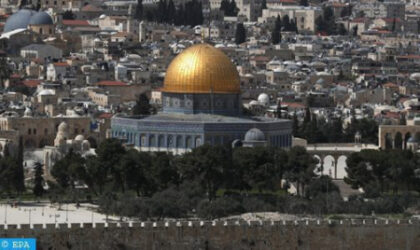 Head of the Palestinian National Council Salim Al-Zaanoun has praised Morocco’s steadfast and strong support to the Palestinian cause and people against Israeli occupation.

In a letter sent to Speaker of the Moroccan House of Representatives, the PNC chief expressed the Palestinian people’s gratitude to Morocco’s constant and principled positions, under the leadership of King Mohammed VI, Chairman of Al-Quds Committee, supporting the Palestinian people’s right to set up their independent state with Al-Quds Al-Sharif as its capital.

“It is not strange for the Kingdom and the Moroccan people to continue their support and strong commitment to the cause of their brothers in Palestine in all circumstances”, he said, citing in this regard the various events organized across Morocco in solidarity with the Palestinian people.

The Al Quds Committee, chaired by Morocco’s King, backs all Palestinian initiatives seeking to preserve the special characteristics of the Holy City as a center of coexistence and peace between monotheistic religions.

In a message to the Chair of the Committee on the Exercise of the Inalienable Rights of the Palestinian People, the Monarch said that unilateral measures in the occupied Palestinian territories, including East Jerusalem, constitute a violation of international legitimacy, jeopardize any prospects for the desired solution, fuel conflict, breed frustration and reinforce extremist tendencies.