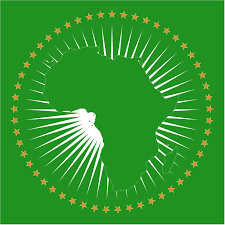 Algerian foreign minister Sabri Boukadoum has just bemoaned a bygone era in which his country’s diplomacy took advantage of Morocco’s absence from the African Union (AU) to promote Polisario separatism.

Speaking recently at an AU foreign ministers meeting, Boukadoum made a desperate call on the continental organization to backtrack from the decision it made two years ago to leave the Sahara issue as an exclusive domain of the UN.

Boukadoum noted that the recent development “in the region of Guerguerat poses serious challenges that could put at risk regional peace and security.”

“Algeria took note of the surge of armed conflicts in Africa as well as the repetitive attempts to undermine the role of the African Union,” he said.

After saying that the UN process is at an “impasse” and criticizing AU’s troika as the only body which can make statements on the Sahara in support of UN efforts, Boukadoum urged an involvement of the AU’s Peace and Security Council, chaired by his countryman Ismail Chergu whose anti-Moroccan rhetoric has been halted since Rabat returned to the AU.

Boukadoum’s statements and the lack of endorsement by African states for Algiers hostility to Morocco’s territorial integrity represent another resounding reminder of his country’s isolation within the continent.

In July 2019, the AU adopted resolution 639 which remedied the organization’s past biases towards Morocco by stating clearly that the Sahara should be tackled only within the UN framework, barring the road to adversaries of Morocco’s territorial integrity within the African Union who sought to create a parallel mechanism.

The adoption of resolution 639, in July 2019, was followed by a meeting in Marrakech in which thirty-seven countries representing two-thirds of the African Union members, expressed support for the UN process to settle the regional dispute over the Sahara.

The participating countries in Marrakech stressed the need of keeping the African Union away from blocking UN efforts towards a political, lasting and mutually acceptable solution in line with the Security Council resolutions.

Algerian diplomacy has not evolved from the Cold-War mentality and rhetoric. The voice of its foreign ministers has become inaudible within Africa.

Boukadoum’s plea for a role of the African Union reflects fears of Algeria of seeing the Polisario kicked out of the organization. Admitting a separatist entity as a member state has in fact prejudged the outcome of the UN efforts which has been calling for a mutually acceptable solution based on compromise while lauding Morocco’s autonomy initiative.

African states including heavy weights such as Nigeria have refrained from backing Algeria in its hegemonic agenda in North Africa in which it uses the Polisario as a proxy to undermine Morocco.

By giving up the Sahara issue as an exclusive UN process, the African Union sends a message to Algiers that the focus should be on pressing issues which are key to the continent’s economic and human development such as the African free trade area which in turn requires peace.

African states and the majority of the world have spoken out in favor of maintaining free flow of commercial and passenger traffic in the southernmost tip of the Sahara where Algeria encouraged the Polisario to block a key border crossing for more than three weeks until Morocco intervened militarily to reopen the passage to traffic while expressing attachment to the UN ceasefire agreement.

Algeria’s call for a role of the AU Peace and Security Council, chaired by its national, also signals disarray within Algerian diplomacy as it braces for a new Troika led by DRC President who has supported Morocco’s actions in Guerguarat.

Morocco’s gradual strengthening of its ranks within the AU resulted so far in putting an end to the use by Algeria and its allies of the AU’s most powerful body, the Peace and Security Council, which was divested from treating the Sahara issue.

Even at the terminological level, the AU’s official statements stopped repeating Algerian propaganda. Henceforth, the Sahara is framed using the UN terminology which never referred to Moroccan sovereignty over the Sahara as “occupation.”

The Polisario and their Algerian mentors are feeling the heat of an imminent change in the AU in favor of Morocco’s territorial integrity and sovereignty over the Sahara. With two-thirds of African countries not recognizing the Algerian-sponsored separatist entity, the Polisario is becoming an aberration that disrupts the works of the AU commissions.

Actually, the admission of the pseudo-SADR within the African Union and its predecessor the OAU in the 1980s stands as an aberration that prejudged the outcome of negotiations in total disregard for the UN process and for Morocco’s historical rights as a country that was divided by two colonial powers.