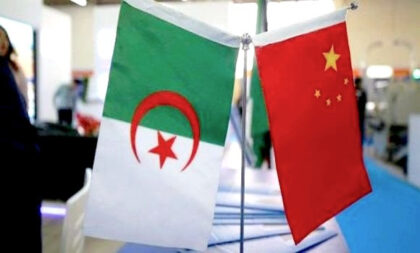 Longtime China’s strongest economic partner in the Maghreb, Algeria is seeing its western neighbor, Morocco, steadily stealing the show as Beijing is increasing investments and initiating mega projects in the kingdom, a more stable and futuristic country.

Algeria since February last year has slid into political uncertainty and things are not getting any better as the country is headed by a ghost president, hospitalized in Germany after contacting covid-19 several weeks ago.

The political unrest has slowed economic growth and in some ways drove away investors, including strategic partner China.

With $8 billion of the trade volume with China, Algeria still holds the position of the first trade partner of the Asian giant, but the strong economic tie is on the decline.

Hamdania mega harbor, at Cherchell, expected to receive $3.3 billion of Chinese investment has been on the hold since 2015. In June this year, the Algerian government proposed to revive the project with the construction of a sea container hub to outclass the Moroccan port of Tangiers, but the regime, which is currently reeling with political issues and the coronavirus pandemic, has seemingly consigned the whole project to oblivion.

Another Chinese investment in Algeria, under a phosphate production agreement signed between state-run Sonatrach and CITIC Group, has been shelved and because of the ongoing political instability, China is reluctant to inject the $7 billion needed to get the project off the ground.

Morocco, under the lime light

In May 2016 during his last trip to China, King Mohamed VI integrated the North African country in China’s Belt and Road Initiative, a move that positions the kingdom as one of China’s future key partners on the African continent.

The kingdom has rolled out the red carpet for Chinese tourists, exempting them from visa. Both countries also inked several deals for innovative projects Morocco.

Last month, Morocco and China launched the Mohammed VI Tanger Tech city project. The futuristic city connected to new technologies will be the first ever city on the African continent.

China and Morocco’s partnership reached a new level last month after Chinese pharmaceutical companies inked deals with Morocco to carry out clinical tests for covid-19 vaccine, positioning the kingdom as a key player in the fight against the pandemic on the continent.

The kingdom also ordered 10 million doses from China for its vaccination campaign targeting 5 million people in the first place and 23 million of people in the second phase.

To go extra mile, the kingdom is on the verge of becoming the hub of the covid-19 immunization campaign with the Chinese developed vaccine.

China National Pharmaceutical Group Corp, Sinopharm, is discussing with Moroccan Sothema laboratories ways to produce the Chinese covid-19 solution in Casablanca, wherefrom it will be shipped across the Africa continent.