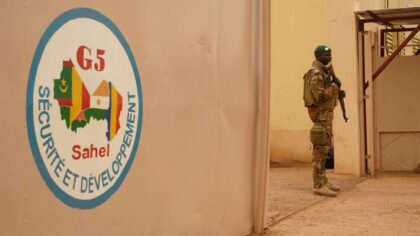 The commander of the joint force of the G-5 Sahel countries engaged in the fight against armed terrorist groups, Nigerien General Oumarou Namata Gazama, on Thursday warned that a reduction of the Barkhane anti-Jihadist force envisaged by France would be risky.

In an interview broadcast by Radio France Internationale, the general considers that Takuba, a group of European Special Forces put forward by France to discuss the need for greater task sharing, is not sufficient for the moment to consider a reduction of Barkhane.

“For the time being, the contribution of Takuba is certainly very beneficial but Barkhane is a privileged partner for the joint force. Barkhane allows us to compensate for the deficits of our national armed forces,” said the commander of the G-5 Sahel joint force, which brings together Burkina Faso, Mali, Mauritania, Niger and Chad.

“For us as a joint force, it would be premature to envisage this (a reduction of Barkhane) and risky for the G-5 Sahel”.

The force commander recalled the lack of air assets and the technological shortcomings in the intelligence field. However, the force has for the first time participated in joint combat groups with the Barkhane force during Operation Bourrasque, which mobilized in October and November 2020, 1600 French, 1100 Nigeriens and 300 Malians on the border between the two African countries.

According to France, Bourrasque allowed to incapacitate several dozen jihadists.