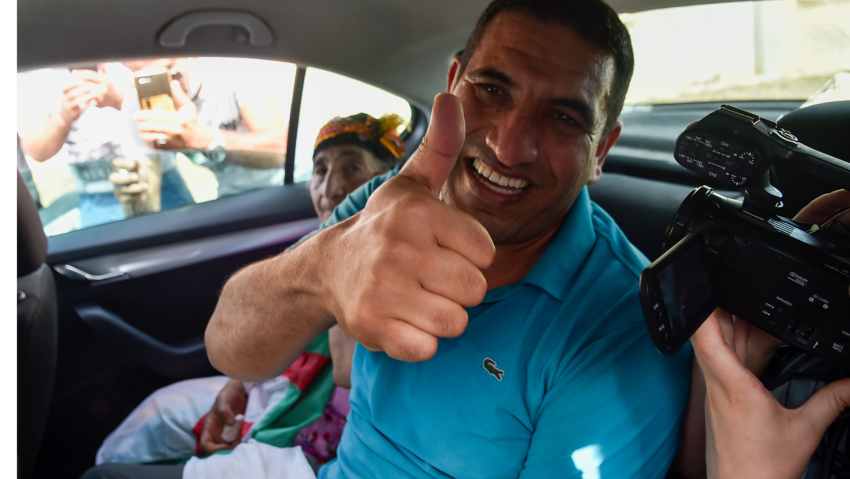 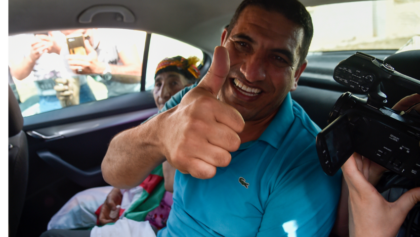 The trial of Karim Tabbou, a key figure in the Hirak anti-government protest movement, opened on Monday, after several postponements.

The chairman of the small, unregistered opposition party the Democratic Social Union (UDS), appeared free before the Kolea court. He is accused of undermining the morale of the army.

Journalists were initially barred from the court, said the vice-president of Algeria’s League of Human Rights, Said Salhi, but they were finally allowed to attend the hearing.

The prosecutor requested three years in prison and a fine of 100,000 dinars, the equivalent of 650 euros, against Karim Tabbou. The lawyers, several dozens, then began their pleadings at midday to defend the opponent whose portrait was brandished during the protest movement born in February 2019 and known as Hirak. The movement led to the resignation of former President Abdelaziz Bouteflika.

These weekly demonstrations stopped last March because of the coronavirus and have not resumed since.

Karim Tabbou, 47, is on trial for damaging the morale of the army because of statements critical of the army and the regime during a May 2019 meeting in Kherrata.

He was arrested and jailed in September 2019 for an “attack on the integrity of national territory” over a video published on his party’s Facebook page in which he criticized the army’s role in politics. He was released two weeks later and placed under judicial supervision.

Since then, Karim Tabbou has been prosecuted in another case. Last March, he was sentenced to one year in prison on the charge of undermining national unity. He has been on parole since July 2, after 9 months in detention.

Several human rights watchdogs and committees for the protection of journalists have repeatedly denounced the human rights violations committed in Algeria.

The European Parliament on its part adopted last week by an overwhelming majority an emergency resolution whereby it denounces the violations of human rights in the North African country and the deterioration of freedoms, and calls for “the emergence of a democratic Algeria ruled by civilians”.