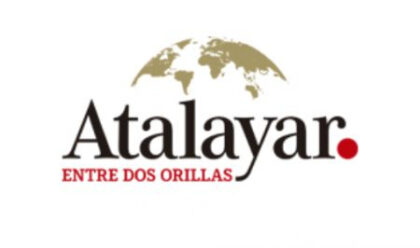 Spanish magazine specializing in Maghreb affairs “Atalayar” has published a column on the latest developments in the Sahara in light of the Moroccan army’s intervention to secure the free movement of people and goods across the Guerguarat crossing point between Morocco and Mauritania.

Author of the column and director of the magazine Javier Fernandez Arribas pointed out that Morocco “is winning the diplomatic battle on the ground” in the Sahara issue, as evidenced by the decision of several countries to open consulates in the southern provinces, notably in Laayoune and Dakhla.

The opening of these diplomatic representations constitutes “a real and tangible support” for Morocco’s position, said the columnist, noting that the “Moroccan diplomacy is working hard to find a definitive political solution” to the Sahara issue.

Actually, in less than a year, 19 states from Africa, the Arab world and even from the Caribbean have opened or are planning to open diplomatic representations in the Moroccan Sahara. More countries are set to join the pro-Moroccan wave within Africa and beyond.

In recent years, Morocco has taken several steps to strengthen its position through the return to the African Union (AU), the strengthening of its political, economic, commercial and social leadership in Africa and the significant improvement of its relations with the superpowers such as the United States, China and Russia, wrote the Spanish magazine.

The columnist also dealt with the collusion between the Algeria-backed Polisario front and terrorist groups roaming in the Sahel-Sahara region, pointing out that these terrorist groups are recruiting more and more young individuals from the Tindouf camps.

“Every day, more and more Sahrawis are recruited by terrorist groups operating in the Sahel, which increases the risk for the region’s security and stability,” wrote Javier Fernandez Arribas.

The magazine also commented on the disenchantment and discontent of thousands of Sahrawis who have been living in poor conditions in the Tindouf camps for many years, while their leaders lead a luxury life.