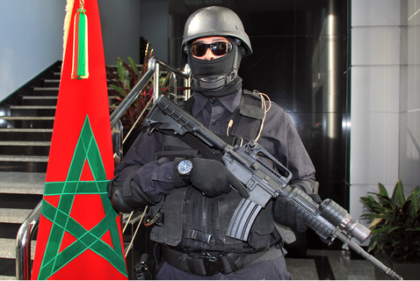 Morocco has leapt 10 places in the Global Terrorism Index ranking just behind Taiwan and ahead of Hungary maintaining its place as the most insulated country from terrorism in North Africa.

Morocco took the 102 rank globally among 163 states assessed by the Sydney-based Institute for Economics & Peace (IEP) which issues the Index.

In the MENA region, Morocco was the fourth country facing the least terrorism risk in the region after the UAE, Oman and Mauritania which all took the 135th position.

According to the IEP, the ten countries with the highest impact from terrorism are: Afghanistan, Iraq, Nigeria, Syria, Somalia, Yemen, Pakistan, India, Democratic Republic of Congo and the Philippines.

However, the decline of terrorism in the Middle-East and South Asia have been corresponding with a rise of the so-called Islamic State in Sub-Saharan Africa and a surge of far-right terrorism in North America and Western Europe.

Meanwhile, Far-right terrorism had a 44.9% larger economic impact in North America, and one incident of such terrorism in 2010 has snowballed to 49 such incidents in 2019.

Another of the salient findings of the report, shows that the COVID-19 pandemic could present opportunities for terrorist organizations to consolidate and expand their operations and territory, as governments turn their focus from counterterrorism operations to addressing the public health crisis.