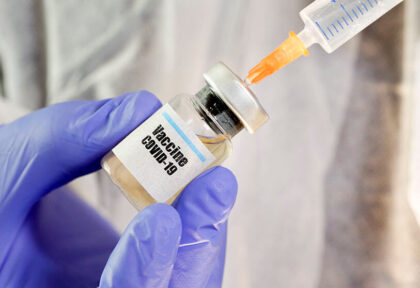 Just a few weeks before the launch of the large-scale vaccination campaign in Morocco, a Chinese delegation visited Casablanca, where a first batch of vaccines was delivered, according to media reports.

A shipment of one million doses of the vaccine from the Sinopharm laboratory arrived in Casablanca where Moroccan officials welcomed representatives from the Chinese laboratory, Assabah Daily in Arabic reported.

The two sides discussed the delivery of the rest of the doses ordered by Morocco, but focus was laid on the possibility of manufacturing the vaccine directly in Morocco, Assabah said in its Friday issue.

The meeting which took place a few days ago in Casablanca was also an opportunity for the Chinese delegation to visit Sothema’s Moroccan laboratories and check its facilities, the paper said.

This visit takes place within the framework of the partnership and cooperation agreements signed with Sinopharm, a partnership which ultimately aims to manufacture and distribute the vaccine on the African continent.

Morocco has ordered 10 million doses of the vaccine from Sinopharm CNBG, which will initially enable the immunization of 5 million people. Priority will be given to health professionals, security forces, teachers, the elderly and those with chronic illnesses.

The vaccination campaign will subsequently be extended and should reach 80% of the population, or 25 million Moroccans over the age of 18. This massive vaccination should take place in several stages which will all be carried out in less than three months.

Morocco has pre-purchased another vaccine, that of AstraZeneca, and is continuing its talks for obtaining other vaccines, notably that of Pfitzer and Sputnik V developed by the Russians. There is also talk of producing this Russian vaccine in Moroccan laboratories.

Due to the population density (about 6 million souls), great efforts will be made in the region of Casablanca, which is the most badly affected region by the pandemic. On November 27, the region recorded 1727 new coronavirus infections, far ahead of other regions.

On Friday, November 27, Morocco recorded 4,592 new confirmed cases of Coronavirus, bringing the total number of cases recorded since March 2 to 345,276.