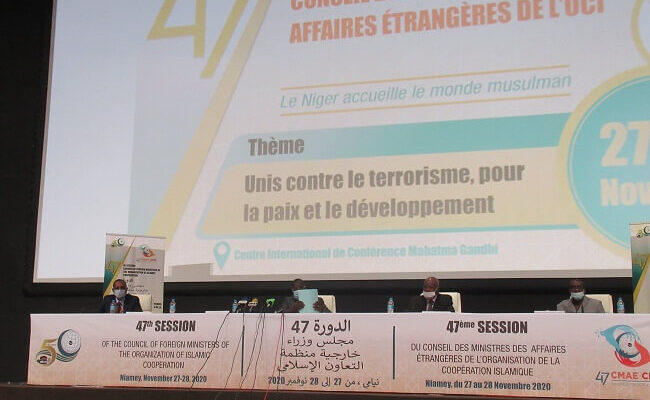 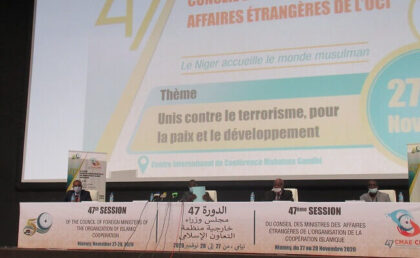 Morocco has called Islamic states to adopt a multidimensional solidarity approach to mitigate the economic impact of the COVID-19 pandemic, taking into account the development disparities between OIC Member States.

The call was launched by Moroccan Junior Foreign Minister Nezha El Ouafi who is leading the Moroccan delegation to the 47th session of the Foreign Ministers’ Council of the Organization of Islamic Cooperation (OIC) held in Niamey, Niger November 27-28.

The official highlighted the impact of the coronavirus pandemic and the changes that it has induced on the health, economic and social system globally and, naturally, within the OIC member states.

The lockdowns, the cancellation of gatherings and various activities, the suspension of international flights and the closure of schools and universities have significantly impacted the OIC economies where growth rates have declined.

In the Arab world, the number of the poor increased by 8.3 million during the pandemic period to reach 101 million people, she said.

This situation “leads us to reflect on the adoption of a multidimensional solidarity approach to curb this pandemic and mitigate its economic impact, according to a well-crafted plan, prospecting appropriate solutions and taking into account the disparities in matters of development between OIC Member States”, she said.

She stressed the necessity to capitalize on the available human, material and energy resources in the OIC member states to help them overcome this crisis and promote the development expected by their people.

The official recalled, in this regard, that Morocco has granted urgent medical aid for 20 countries and the African Union Commission, at the initiative of King Mohammed VI. This aid aimed at establishing an operational framework to support the efforts of African countries in the various phases of the management of the coronavirus pandemic, El Ouafi stressed.

In her address, the Moroccan official reaffirmed Morocco’s unwavering support to the peace process as a strategic choice to achieve a just, lasting and comprehensive settlement of the Palestinian-Israeli conflict on the basis of the two-state solution and so as to allow the brotherly Palestinian people to recover their legitimate rights and to establish their independent, viable and sovereign State, with Al Quds East as its capital.

She also reiterated the Kingdom’s absolute and unreserved condemnation of all forms of terrorism and the instrumentalization of religion for terrorist purposes, underlining that the fight against terrorism, a universal and cross-border phenomenon without any connection to a particular religion or civilization, requires a comprehensive approach and international cooperation and solidarity at all levels.

The 47th session of the OIC Ministerial Council is held on the theme “United against Terrorism for Peace and Development”.

The session’s agenda is topped by the Palestinian cause, the fight against violence, extremism and terrorism, Islamophobia, the situation of Muslim minorities and communities in non-member states, as well as the promotion of dialogue among civilizations, cultures and religions.

The OIC foreign ministers will also discuss political, humanitarian, economic, social and cultural and other issues related to science and technology, the media and the progress made in the implementation of the “OIC-2025: Plan of Action” document.

The session also features a brainstorming session on “Security and Humanitarian Challenges Confronting African Sahel States, member of the OIC”.