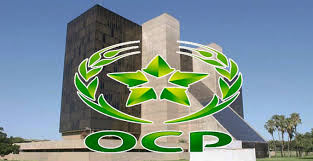 Morocco’s fertilizer giant, OCP Group, has rejected the US Trade Department’s decision to impose 23.64 per cent of preliminary countervailing duties on fertilizer products exports to the US after Florida-based Mosaic Company attacked the Moroccan company, Le360.ma reports.

OCP Group and Mosaic have been locked up in a trade dispute since July after the US company accused OCP of receiving subsidies from the kingdom in favor of its exports.

The Trade Department on Monday ruled in favor of Mosaic and imposed 23.64 per cent of anti-subsidy duties on OCP’s phosphate fertilizer exports.

The Moroccan phosphate global giant however brushed aside the duties and vowed to defend its exports to the US.

“We continue to maintain that there is no basis for imposing countervailing duties on Moroccan fertilizer imports into the US market. These measures hurt US farmers by denying them access to a reliable source of high-quality fertilizer, at a time when US agriculture is already facing a steady decline in income in recent years,” the OCP said in a statement.

“We have cooperated fully with the relevant authorities during this first phase and will continue to defend our position during the second phase of the process, which is expected to be completed by March 2021,” OCP Group added.

The US Department of Commerce also published a preliminary duty of 72.5pc on imports from Russia’s EuroChem and 20.94pc on Russia’s Phosagro.