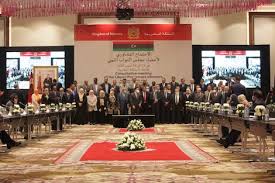 After the launch of the Bouznika talks that led to a breakthrough in appointing senior government officials, Morocco’s Tangier is hosting a meeting bringing together members of the Libyan House of Representatives (HoR).

In a speech delivered at the official opening of the consultative meeting Tuesday, Moroccan Foreign Minister Nasser Bourita renewed Morocco’s commitment to spare no effort to put in place the appropriate conditions to bring closer points of views, to unify the Libyan HoR and bring together its members from the different regions of Libya.

He said the aim is to put an end to internal divisions, take up the challenges facing the next elections, and fulfil the aspirations of the Libyan people, the ultimate goal being to draw by consensus a comprehensive and unified roadmap to definitively resolve the Libyan crisis under the aegis of United Nations.

In accordance with the vision of King Mohammed VI, Morocco firmly believes that the deepening of consultations and inter-Libyan dialogue is the most effective way to achieve the aspirations of the Libyan people for stability and development, and the best way to face the security challenges and negative aspects of how the Libyan crisis was dealt with, noted the minister.

The Tangier meeting was welcomed by the UN mission in Libya UNSMIL which described such a meeting that brings together representatives from the three Libyan provinces as a “positive step.”

Morocco has reiterated on multiple occasions that it has no agenda in Libya and that it acts as a facilitator for an inter-Libyan dialogue away from foreign interferences.

The goal of Tangier consultative meeting is to bring MPs from the east and the West of Libya closer with a view to unifying the Libyan parliament which may in turn help Libya restore its political stability and protect its unity.

The 110 members of the HoR attending the Tangier meeting expressed their desire to unite the legislative body ahead of uniting state institutions and holding general elections. The first preparatory session was held Monday and the main session was held Tuesday.

Meanwhile, the UNSMIL was holding the second round of the Libyan Political Dialogue Forum online.

In October, the warring rivals in Libya signed a permanent ceasefire agreement.

Morocco has repeatedly underlined that the UN-brokered agreement signed in Skhirate in 2015 offers ground for a permanent political solution and that it can be updated to accommodate for recent developments.