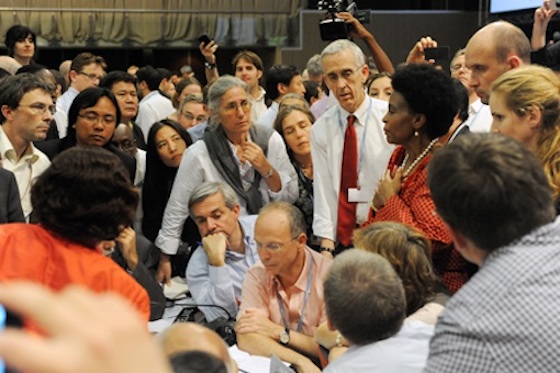 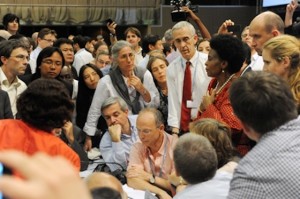 In fiscal year 2013, the World Bank (WB) has supported 16 projects worth 2.1 billion USD, out of which 1.8 billion USD came from the International Bank for Reconstruction and Development (IBRD) and 249 million USD from the International Development Agency (IDA). 56.4 million USD were committed separately for the West Bank and Gaza. On the top of its financing, WB has provided 74 economic and sector work products and technical assistances to the region. In the past year, the WB has substantially increased its services and aid to the region, due to the momentous political transformation throughout the region. Most extra services have been delivered via the reimbursable advisory services (RAM).
Given the new political development and the Arab Spring, the Bank has expanded its consultation services to encompass various stakeholders from the government, business, but also civil society. The WB’s framework in the MENA is newly based on four pillars – governance, job creation, sustainable development, including regional integration, gender issues, and private sector development. The WB has also created the MENA Transition Fund with the initial finance envelope of 250 million USD, which was created at the request of the Deauville Partnership headed by the countries of the G8 group and the Gulf Cooperation Council. The Fund has been implemented in cooperation with other eleven international organizations and six MENA economies – the Arab Republic of Egypt, Jordan, Libya, Morocco, Tunisia, and the Republic of Yemen – and its goal is to provide expertise and technical assistance on policy-making under these four pillars.
So far, the four pillars have been implemented in a number of ways throughout the region. For instance, Tunisia received a 500-USD-million development loan to foster public governance and enhance social services and safety nets. Lebanon, on the other hand, received 30 million USD to improve social promotion and fight marginalized populations, while Jordan has been given about 70 million USD for the Micro, Small, and Medium Enterprises Development for Inclusive Growth Project.

North Africa Post's news desk is composed of journalists and editors, who are constantly working to provide new and accurate stories to NAP readers.
NEWER POSTIran: Washington and Congress divided over “war”
OLDER POSTEgypt: IMF ready to give loan