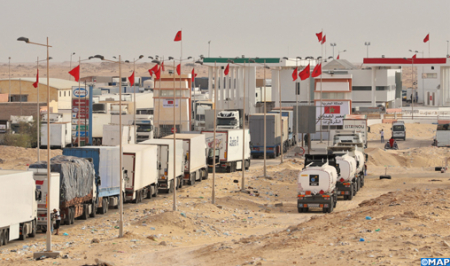 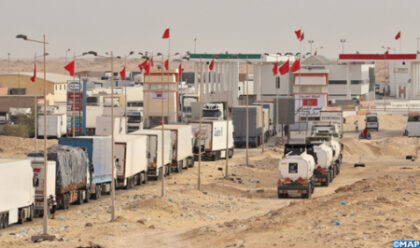 More European, Latin American, and African countries have joined the scores of states from these continents which expressed support to Morocco following the Moroccan army’s peaceful action carried out Nov.13 to secure the free movement of people and goods at the Guerguarat crossing, on the border between Morocco and Mauritania.

In this connection, the Commonwealth of Dominica on Monday expressed solidarity with Morocco and condemned the acts of provocation, banditry, robbery, and other unacceptable practices, by the polisario militias in the buffer zone of Guerguarat.

“The Commonwealth of Dominica stands in solidarity with the Kingdom of Morocco in preserving its sovereignty and territorial integrity and condemns the acts of provocation, banditry, robbery, and other unacceptable practices, by the polisario militias, which seek to deliberately interrupt the civil movement of people and goods in the buffer zone of Guergarate,” Dominica’s Foreign Ministry said in a statement.

“The illegal entry of the polisario militias in the buffer zone of Guergarat represents a stark violation of the Military Agreement No. 1, a flagrant transgression of the UN Security Council resolutions and constitutes a serious threat to the region’s security and stability,” the statement added.

“The Commonwealth of Dominica supports H.M. King Mohammed VI’s call for an end to the unlawful incursions into the buffer zone of Guerguarat, to ensure the security of citizens and the flow of traffic and commercial movement,” the ministry underlined.

“We remain hopeful that the UN Secretary General and his Personal Envoy will arrive at a political, definitive, pragmatic and lasting solution to this long-standing regional dispute,” it concluded.
From Europe, the Czech Republic welcomed, on Monday, Morocco’s commitment to the 1991 ceasefire agreement under the auspices of the United Nations and called on the polisario to do the same.

“With other EU countries, we welcome Morocco’s commitment to the ceasefire negotiated by the UN in 1991, and we call on the Polisario to do the same,” the Czech Foreign Ministry pointed out in a statement.

The Czech Republic is closely monitoring the situation in the region of Guerguarat, on the Moroccan-Mauritanian border, the ministry noted, adding that the Czech Republic “supports the rapid resumption of political dialogue under the auspices of the UN in order to achieve a lasting solution to the Sahara issue, while respecting the principles of international law.”

Another European country, Hungary, also reaffirmed its strong support to the UN-led efforts seeking to find a political, realistic, pragmatic and lasting solution to the Sahara issue.

This unwavering stand was voiced on Sunday by Hungary’s ministry of foreign Affairs which praised on this occasion the stabilizing role played by the North African Kingdom in the region.

In Africa, Burkina Faso has reiterated its support for the territorial integrity of Morocco, while expressing its solidarity with the Moroccan people.
Burkina Faso has been following, since October 21, with particular attention the operations and actions undertaken by the Polisario militias in the Guerguarat buffer zone, preventing the free movement of people and goods, the Burkinabe Ministry of Foreign Affairs said, adding that these actions weaken the ceasefire signed with the Kingdom of Morocco.

The Burkinabe Foreign Ministry also expressed its deep concern over these illegal actions, noting that these actions are a blow to the efforts of the United Nations Secretary-General seeking to achieve a political solution to the Moroccan Sahara issue.

Malawi on its part welcomed the “peaceful” and “decisive” action taken by Morocco to ensure the free movement of commercial and civil traffic in the Guerguarat border post.
Malawi “fully supports free movement of goods and people in that important border crossing,” Foreign Ministry said in a statement issued Monday.

“The Ministry of Foreign Affairs aligns itself with the United Nations position in finding a lasting political and diplomatic solution to the Moroccan Sahara issue,” it added.

Malawi’s Ministry therefore, “acknowledges the peaceful efforts and action initiated by the Kingdom of Morocco in bringing about a peaceful and durable solution under the support of the United Nations as explicitly stated in UN Security Council Resolutions,” the statement concluded.

Global powers and regional actors such as France, Russia and Turkey welcomed the resumption of traffic between Morocco and sub-Saharan countries and urged a lasting political solution to the Sahara regional conflict.

Several African, Arab and Latin American countries have also supported Morocco’s legitimate action against the mercenaries and highway bandits that pose a serious threat to regional peace and stability.

The Moroccan Army had chased away the Algeria-backed Polisario separatist militiamen who were blocking the Guerguarat crossing point and restored the normal flow of traffic between the Kingdom and sub-Saharan African countries.