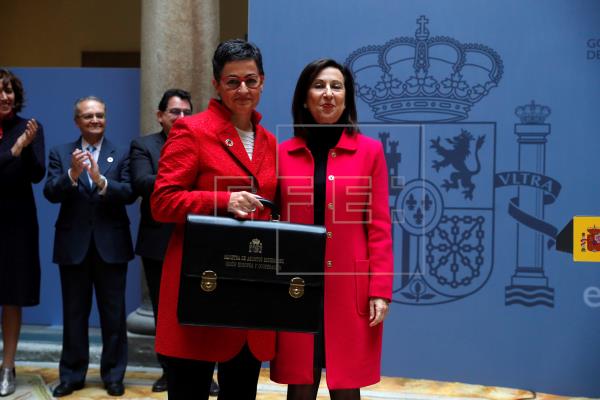 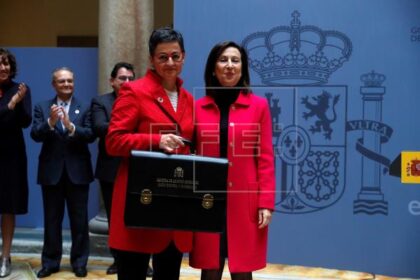 Spain has once again reiterated, through two cabinet members, its official, clear, unwavering standpoint on the Sahara issue which is based on full support for the UN process and which considers the Morocco-proposed autonomy initiative as serious and credible.

The stand of Madrid on the Sahara is part of its State policy, which does not change with governments.

“The position of the Spanish government regarding the Sahara is very clear and has not changed over the past few hours, days or weeks,” said on Thursday Spanish Foreign Minister Arancha Gonzalez Laya.

This position consists of “full support” for the UN Secretary-General, Antonio Guterres, so that he can “guarantee the sustainability of the ceasefire” in the Sahara and advance “a political negotiation which leads to a political, negotiated, fair and sustainable solution in accordance with the relevant resolutions of the UN Security Council”, Gonzalez Laya told reporters at the end of the European Council of Ministers, convened in Brussels.

This is a position “which has obviously been defined by the foreign ministry with the president of the government, who are responsible for our country’s external relations,” she insisted.

“For Spain, the important thing is the United Nations resolutions. All of them. The last one, adopted in October this year, clearly defines the parameters of these negotiations,” the Spanish top diplomat pointed out.

She recalled that she had personally voiced this position during “numerous contacts held over the past days with Morocco, Mauritania, Algeria and the Secretary-General of the United Nations, to promote this path of dialogue”.

The past days were marked by the intervention of the Moroccan army on November 13 to clear the road linking Guerguarat in Moroccan territory to Mauritania from the presence of Polisario militias that had ransacked the road and blocked the passage for three weeks.

The operation that took place according to strict rules of engagement to avoid civilians and restrict use of arms to self-defense was commended by scores of Arab and African countries and a number of international and regional organizations.

Morocco, which reiterated its attachment to the UN-brokered ceasefire, announced as early as last Saturday that the road link was secured and that passenger and goods traffic between Morocco and Mauritania was restored.

The Spanish Foreign Minister’s remarks come in response to the irritating statement made by Pablo Iglesias, secretary general of the far-left Podemos party and second vice-president of Pedro Sanchez’s government.

Contrary to the official position of the Spanish government, Pablo Iglesias has urged the government to call for a self-determination referendum in the Sahara, an obsolete option that was abandoned years ago.

The Podemos leader’s misstep also triggered a response from the Spanish Defense Minister who made it clear that any statement by a Government Member that is not in Line with Spanish official position is simply a “personal opinion”.

Echoing Gonzalez Laya, her colleague in the cabinet, Defense Minister, Margarita Robles, said Spain’s official position on the Sahara issue is decided by the Ministry of Foreign Affairs, and the Presidency of the Government. Any other statement on this issue is only the “personal opinion” of its author.

“The foreign policy of a government is defined by its president and its Minister of Foreign Affairs. This must be very clear,” Margarita Robles.

“Any member of the government can have his own opinions, but the government is a collegial body and must be at the forefront of the positions taken,” she insisted.

“Being part of a government also requires responsibility,” said Robles, making it clear that differences must be settled within the governing coalition and that once decisions are made, all members of the executive must be “united” and defend these decisions.

Jorge Verstrynge Rojas, mentor of the Podemos party, does not share the views of the party’s secretary General. He deemed Morocco’s intervention in Guerguarat to end the blockade as “very legitimate and reasonable.”

He pointed out in a statement to MAP that the blocking of this zone did not affect only the neighboring countries but also Spain whose trade exchanges with Mauritania were disrupted.

For this political expert and former secretary general of the Popular Alliance, a federation of political conservative parties, founded at the beginning of the democratic transition in Spain, the Polisario aims through these acts of provocation to attract attention and to pose as a victim. “The separatist movement and Algeria are the real aggressors and Morocco has only defended its rights,” he pointed out.

Morocco, which enjoys the support of the international community, will not allow itself to be intimidated by a group of Polisario militias supported by a “declining Algerian regime whose sole objective is to undermine the interests of Morocco”, noted Verstrynge Rojas, who is also a university professor.

“To deflect attention to its internal problems, Algeria persists in using Polisario militias to provoke tensions with Morocco, which acts with wisdom and restraint,” Verstrynge Rojas had said.

North Africa Post's news desk is composed of journalists and editors, who are constantly working to provide new and accurate stories to NAP readers.
NEWER POSTThe Polisario, a real threat to the Sahel – Former French PM
OLDER POSTFrance stands with Morocco for free movement in Guerguarat