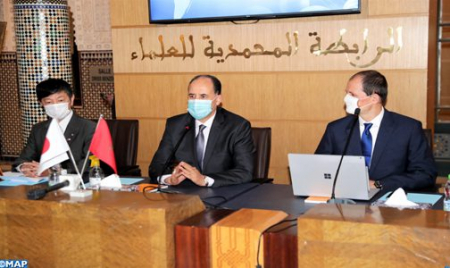 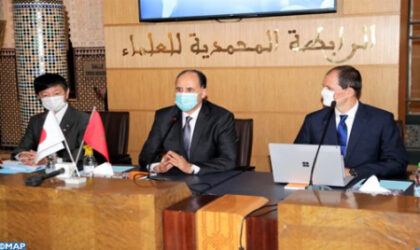 The Japanese Government and the UN Development Program (UNDP) are backing a project to combat online radicalization of youth in Morocco.

The one-year-long project, launched Thursday in Rabat, by the Rabita Mohammadia of Ulema, is meant to counter hate speech and raise awareness among young people to the contingency dangers of the Internet and social networks and to the importance of promoting alternative discourse and sharing experiences in the area of preventing hate speech online.

The funding agreement of this project was inked by Japan’s Ambassador to Rabat Takashi Shinozuka, UNDP Resident Representative in Morocco Edward Christow, and Secretary-General of the Rabita Mohammadia of Ulema, Ahmed Abbadi.

This project aims not only to protect adolescents and youth from the scourges of violent extremism, whether on the ground or in the digital dimension, but also to immunize them against hate speech through acquiring the skills needed to influence the internet and inspire their peers, Abbadi said during the signing ceremony of the agreement.

According to the official, this project is part of the sustainability framework to help young people acquire the tools and skills needed to combat extremism of all kinds. The success of this project depends mainly on the preparation of attractive and eye-catching content for young people, Abbadi Added.

The Japanese ambassador who recalled that this Japan-backed project is the fourth of its kind in Morocco, said “this project is also a response to concern to immunize the Moroccan society against the cyber threats that loom over the youth.” “Religious radicalism leading to violence is a universal phenomenon,” the diplomat pointed out.

The project, whose funding amounts to $454,545, provides for producing video content to be posted on social media to shed light on alternative discourses. It will also conduct a risk assessment of online radicalization content and back domestic stakeholders in their use of new information technologies to prevent violent extremism.

North Africa Post's news desk is composed of journalists and editors, who are constantly working to provide new and accurate stories to NAP readers.
NEWER POSTAlgeria, isolated more than ever among Arab and African states
OLDER POSTMorocco: Consul General of France in Tangier found hanged at his residence