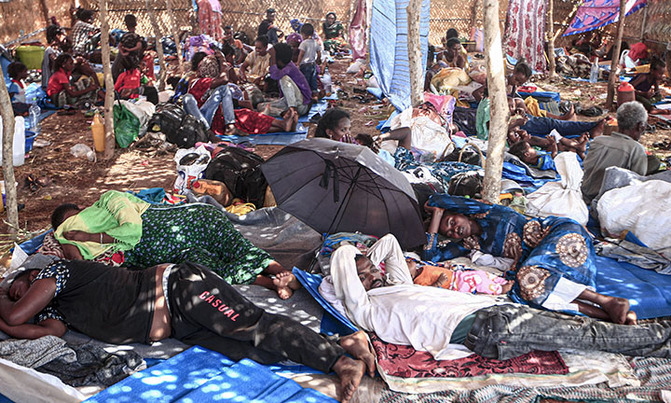 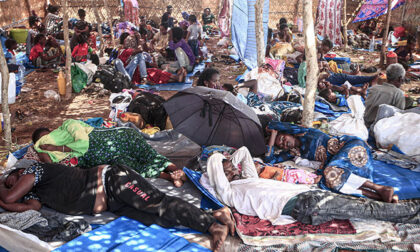 The Tigray People’s Liberation Front (TPLF), which represents the Tigrayan population and which has always campaigned against successive central powers in Ethiopia, claimed that following the recent popular uprising, hundreds of civilians have been killed or injured by the Ethiopian Federal Army.

Meanwhile, as the conflict is shaking the Horn of Africa and alarming the world, Ethiopian PM Abiy Ahmed’s special task force on the Tigray conflict accused rebel forces of destroying bridges connecting the regional capital Mekelle with the rest of the country in attempts to hold back federal government forces.

“The TPLF junta will soon be held accountable for destroying this infrastructure and for crimes it has committed so far,” the task force said.

Prime Minister Abiy Ahmed said last Tuesday that the military operations carried out by the Ethiopian federal army in the regional state of Tigray “will cease as soon as the criminal junta is disarmed, the legitimate administration of the region re-established and the suspects apprehended and brought to justice.”

The director of the World Health Organization (WHO), Tigray native Tedros Adhanom Ghebreyesus is accused by the chief of staff of the Ethiopian army of militating in favor of this region, and attempting to supply weapons to the rebels.

In the same vein, the Ethiopian federal police issued an arrest warrant against 76 army officers, including 4 generals, accused of treason for the benefit of the TPLF in the armed conflict.

The arrest warrant comes just days after another arrest warrant was issued against senior officials of the TPLF forces on charges related to terrorism, corruption, human rights violations and treason.

The federal government also decided to freeze the funds of 34 companies that were part of the portfolio of an investment fund managed by the TPLF in Tigray.

According to the UN, more than 36,000 people have found refuge in south-eastern Sudan. “There are now more than 30,000 refugees in Sudan, and families and children are sleeping under the stars,” said Stéphane Dujarric, spokesperson for the UN Secretary-General.

Sudanese authorities expect the figure to swell to 200,000 Ethiopian refugees if the war continues.

The Tigrayan leaders who are militating for “Tigray self-determination” within the Ethiopian regime claim that since taking office in 2018, Abiy, who comes from Ethiopia’s largest ethnic group the Oromo, has persecuted and purged them from government and security posts.