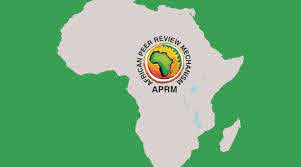 An internal investigation was launched within the African Peer Review Mechanism (APRM), after several complaints were leveled against this instrument of the African Union for corruption, nepotism, favoritism and intimidation.

Paris-based “Jeune Afrique” which reported the news said it took knowledge of the 26-page audit document drafted in July by APRM employees.

The document also revealed “favoritism” through the “distribution of bonuses” in this African organization supposed to be an evaluation mechanism of good governance.

“The APRM should be at the forefront of promoting African Union values such as respect, loyalty, integrity, impartiality, transparency, accountability, efficiency and professionalism. However, its continental secretariat seems to go in the completely opposite direction,” states the document, which also spoke of the embezzlement of one million dollars.

The African Peer Review Mechanism (APRM) was established in 2003 by the New Partnership for Africa’s Development (NEPAD) Heads of State and Government Implementation Committee (HSGIC) as an instrument for AU Member States to voluntarily self-monitor their governance performance.