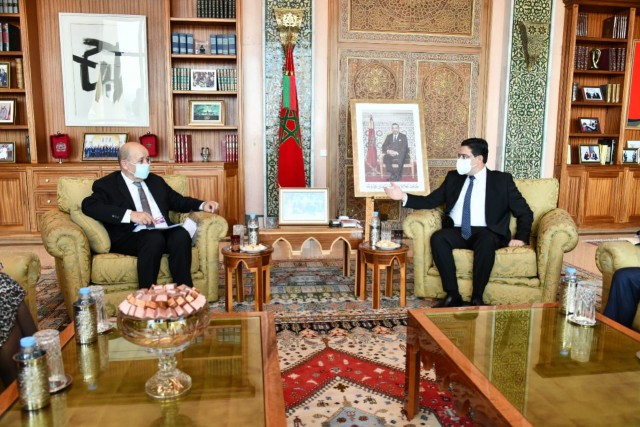 France calls on Morocco to “help it fight terrorism” 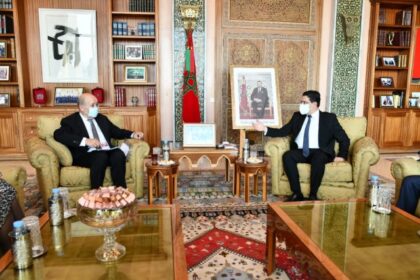 The French Foreign Minister, Jean-Yves Le Drian, who is on working visit to Morocco, on Monday said his country is requesting help from Morocco, a “friend” country, a reliable partner, which shares with France the same “rejection of terrorism”.

At the end of a meeting in Rabat with his Moroccan counterpart Nasser Bourita, the head of French diplomacy also sent to the address of the Muslim world messages of appeasement saying that France respects Islam.

Jean-Yves le Drian said that France was sending two messages from Morocco, one of “great firmness towards terrorism and extremism” and the other “of peace and deep respect for Islam and all Muslims “.

As he did in Egypt, before coming to Morocco, the French official tries to dispel the concern of the Muslim world following the controversial statement by President Emmanuel Macron on the caricatures of the prophet Sidna Mohammed.

Recently, extremists carried out a series of attacks in France, with the country describing the events as “Islamist terrorism.”

On October 16, an 18-year-old student from Russia killed French teacher Samuel Paty for displaying in his class cartoons deemed insulting to the Prophet and Islam.

A few weeks later, a man from Tunisia killed three people near a church in Nice.

Following the October attacks that shocked France, President Emmanuel Macron made controversial remarks that sparked frustration among Muslims in the European country and around the world.

In view of the Muslims’ outcry worldwide, including in Morocco, President Macron backtracked saying his country is not fighting Islam but Islamist separatism.

The French Foreign Minister underlined that his trip to Morocco is taking place in a particular and tragic context, following the odious attacks committed on French territory.

“I would like to reiterate, being here in Morocco, that France, which hosts the largest Moroccan community abroad, is firmly attached to freedom of worship. Eight million French people of Muslim faith belong by right to the national community. They are part of the history and identity of our Republic. Muslims benefit, in France, in the exercise of their faith, of a protective framework,” he said, reiterating that “France has the deepest respect for Islam.”

What France fights exclusively is terrorism and the diversion of religion into radical ideologies, he said, adding “In this fight, we are not alone. We know in particular that we can count on Morocco, because in difficult times, it is normal to turn to your close friends, because the Kingdom is the bearer of Islam of the golden mean, promoted by His Majesty the King, Commander of the faithful, because the Kingdom shares our rejection of terrorism and extremism.”

A President Emmanuel macron said “we are bearers of two messages of equal importance: a message of great firmness with regard to terrorism and extremism, and a message of peace and deep respect for Islam and all Muslims,” the French official underscored.

After talks with Bourita, Jean-Yves Le Drian held a meeting with the Minister of Endowments and Islamic Affairs Ahmed Taoufik and is planning to visit the Mohammed VI institute for the training of Imams, set up part of Morocco’s strategy to counter violent extremist discourses, a strategy deemed effective by several partners. Trainees in the institute come particularly from West African and Sahel countries, but also from European countries, including France.