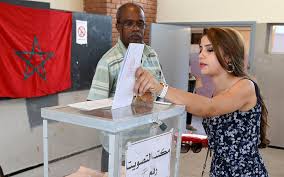 Lawmakers, the Casablanca media notes, have not agreed on the date for the electoral process but a political source who asked not to be named, indicated that September will be appropriate for the polls.

“2021 is already here. The month of September seems to be the most appropriate to prepare for these elections,” the source told the online media.

It is the first time the kingdom will hold the three key elections the same day. The move, according to some political sources, seeks to have a strong turnout, Le360.ma notes.

Moroccans renewed the parliament in October 2016. Incumbent Prime Minister Saadeddine Othmani was then appointed as Prime Minister by King Mohammed VI after his ruling Justice and Development Party, PJD, bolstered its position, winning 125 of the 395 seats in the House of Representatives.

Moroccans then elected 30,000 local council seats and 700 regional council seats out of 140,000 candidates from more than 30 parties. Voter turnout for the elections was 53.67 percent, up from approximately 45 percent in the 2011 elections.

The PJD dominated the regional election grabbing 174 seats while the Authenticity and Modernity Party (PAM) won in the local election 6,655 seats.