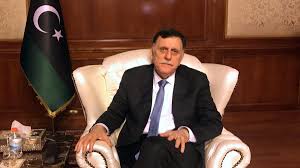 Russia has welcomed the decision of the head of the Libyan Presidential Council (PC), Faiez Serraj, to retract his resignation arguing that the move will prevent Libya from sliding into political uncertainty.

Deputy Foreign Minister Mikhail Bogdanov, Libya Observer notes, has indicated that Serraj at the beginning conditioned his resignation to a solution and new authorities to receive power from him in Libya.

Serraj, leading the Tripoli-based Government of National Accord (GNA) in September announced his plans to step down end of October in favor for the creation of state institutions shared by both the GNA and its rival government in Bieda.

However, the Government announced end of October that Al-Serraj has taken back his decision to resign and will remain in office until the ongoing intra-Libyan political dialogue talks come to an end.

The announcement by the Libyan government spokesman Galib al-Zaklai came after the High Council of State urged al-Serraj to stay until a new presidential council is selected to avoid a political vacuum detrimental to Libya’s stability.

The UN Support Mission in Libya, the High Council of State in Tripoli, and friendly states had also called on al-Serraj to defer his decision, citing “reasons of higher interest”.

The Libyan rival parties have lately held several dialogue sessions under the auspices of the UN for reshaping Libya’s political structure and forming some new authorities for a year and a half before holding elections.

Russia has been present in the oil-rich country and is an active player in the Libyan crisis as it backs the Beida government and its army led by retired Gen. Khalifa Haftar.

North Africa Post's news desk is composed of journalists and editors, who are constantly working to provide new and accurate stories to NAP readers.
NEWER POSTAlgeria’s oil and gas revenue shrinks 41% by September
OLDER POSTThird round of inter-Libyan talks held in Bouznika