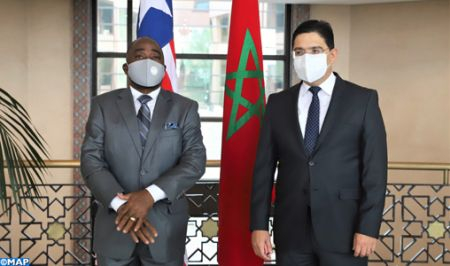 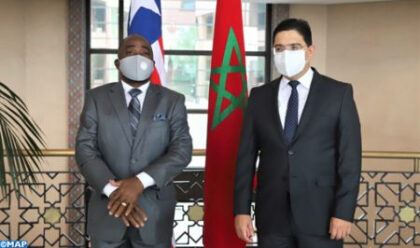 Liberia’s foreign minister Dee-Maxwell Saah Kemayah has reaffirmed his country’s continuous firm backing to Morocco’s sovereignty over its Sahara and its territorial integrity.

Speaking at a joint press briefing held Monday in Rabat with his Moroccan peer Nasser Bourita, the Liberian top diplomat also voiced Monrovia’s solidarity with Morocco in defending its national cause, affirming that his country is determined to strengthen further its diplomatic, political and economic cooperation ties with the Kingdom, 2nd investor in the continent.

The two countries, “partners and allies”, will continue to coordinate stands and views on issues of common interests in regional and international fora, underlined Mr. Kemayah.

The Moroccan FM thanked Liberia for its supportive stand and backing of the international legality and the legitimate rights of Morocco in its Sahara.

The visit of Mr. Kemayah to Rabat was crowned with the signing of three agreements destined to boost cooperation between the two countries in higher education & scientific research, agriculture, and health.