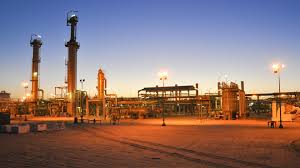 After the signing of two Exploration and Production Sharing Agreements (EPSAs) in December 2019, WIAG had continued to transitionally operate the fields while SOO was being established and prepared to assume operational responsibility.

The vast majority of WIAG’s Libyan personnel has been transferred to SOO and will continue to work in their previous roles.

Oil production in the fields located in Contract Areas 91 and 107 has been suspended since mid-January 2020 due to blockades of the export infrastructure. Although the coronavirus pandemic and the conflict in Libya have posed additional significant challenges during the past months, NOC and WIAG are nonetheless convinced that as a result of a comprehensive and diligent transitional process, SOO has successfully been enabled to operate the fields in a reliable manner and in accordance with good oilfield practices.

Wintershall Dea (formerly Wintershall and DEA) has been involved in the exploration and production of crude oil in Libya since 1958. Its affiliate WIAG, a joint venture of Wintershall Dea and Gazprom EP International, has since 1966 discovered, developed and operated nine oil fields across two concessions in the Sirte Basin, located about 1,000 kilometers southeast of the capital Tripoli in the Al-Wahat municipality. Since 2008, Gazprom EP International holds a share of 49% in WIAG.

The most important field is the As-Sarah Field near the oasis settlement of Jakhira. In December 2019, the concessions were converted to EPSA IV contracts, operatorship of the fields was transferred on 29 October 2020 to Sarir Oil Operations (SOO).

Wintershall Dea also holds a minority participation in the EPSA for the development and production of Contract Areas 15, 16 & 32 (former C137/Al-Jurf) operated by Mabruk Oil Operations, a joint venture of Total and NOC. Al-Jurf oil field is located offshore in the Mediterranean, stretching along the maritime border of Libya to Tunisia.

Furthermore, Wintershall Dea operates Contract Area 58 on the Cyrenaica Plateau as well as Contract Areas 69/70/86/87 (former NC193) and 88/89 (former NC195) in the onshore Sirte Basin, but activities in these areas have been suspended under Force Majeure since 2014.