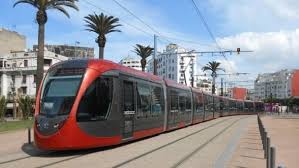 The Casablanca tramway company announced on Monday it secured a €100 million loan from the French Development Agency (AFD) for the building of two new lines (T3 & T4) to improve public urban transport in Morocco’s biggest city.

The AFD financial support to the expansion of Casablanca Tramway network also includes a €500,000 grant to promote the use of a clean and low-carbon mode of transportation.

In 2012, the French agency provided the Moroccan company with €23 million funding for the construction of the first line of the tramway. It was followed five years later by another contribution of €30 million for the building of the second line.

For his part, director of Casa Tramway Company Nabil Belabed stressed the importance of building the new lines which are part of the city’s urban transport master plan seeking to reduce congestion and pollution, provide safe and efficient services, and provide passengers with a comfortable and new travelling experience.

Casablanca’s tramway system started in 2012 with its first line (23 km) that connects the south-western and eastern suburbs of Casablanca to the center of the city, covering 48 stations.