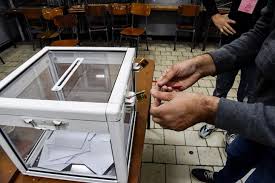 The Algerian regime of President Abdelmadjid Tebboune suffered a setback Sunday as the vast majority of Algerians boycotted the referendum on a constitutional amendment, almost a non-event, touted to lead to a new chapter in the history of the country.

The regime has put the turnout rate at 23.7%, a figure largely inflated as is common practice in the country, while independently verified assessments put the turnout figure at a humiliating 2.4%, according to some local media.

These media said this figure was computed using testimonies of current staff working for the Algerian presidency, and the ministry of interior.

Even if the official 23.7 per cent of the around 24 million of Algerians qualified to vote turned out for the process, the turnout is weaker than the December 2019 presidential elections (around 40 per cent) that brought Tebboune to power.

Tebboune, after the December controversial vote, which took place amid nationwide protests known as Hirak, demanding the overhaul of the regime of former President Abdelaziz Bouteflika who was forced to step down as part of the demonstrations, pledged new changes, more civilian freedom, presidential term limit, more power to the Prime Minister and the parliament.

The opposition, Hirak leaders and Islamists had called for the rejection of the referendum which took place in the backdrop of the covid-19 pandemic and calls for the release of several people including journalists arrested in connection with the Hirak.

The referendum vote was marked by confrontations between security forces and demonstrators in several parts of the country including Kabyle.

Tebboune, out of the country since last week for in-depth medical examinations in Germany after coming in contact with several cases of COVID-19 cases, failed to cast his vote. His wife did it on his behalf by proxy voting.

Meanwhile complete opacity surrounds the health condition of the President, as people wonder whether he is still alive, he is in a coma, or whether he will come back in a stroller like his predecessor Bouteflika.

Following a high level meeting this Monday morning chaired by the army chief Saïd Chengriha, the military regime has announced that 66.8% of voters have chosen to back the constitutional amendment despite the record low turnout of 2.4%.