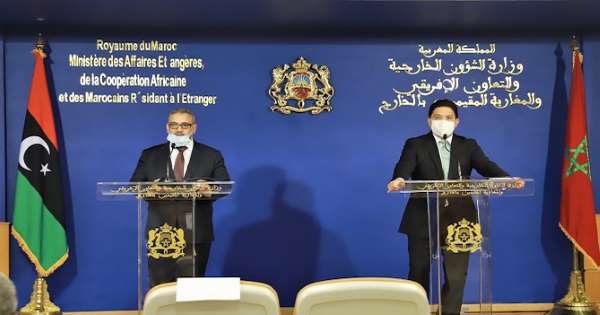 Skhirate Agreement Remains the Only Document of Reference: Chairman of Libyan High Council of State 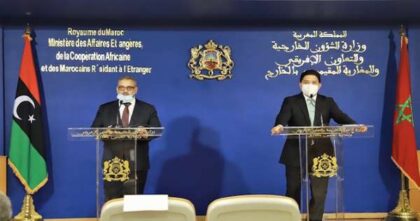 Moroccan foreign minister Nasser Bourita stressed the pre-eminence of the UN-brokered agreement in Skhirate in 2015 as a political way out of the Libyan in-fighting.

The Skhirate Agreement should serve as a basis for political talks between the Libyan rivals, Bourita told the press after talks in Rabat with head of Libya’s High Council of State, Khaled Al Mechri.

This agreement will help restore legitimacy to institutions, he said, adding that this agreement can be updated to accommodate the recent developments.

The minister reiterated Morocco’s position in support of a Libyan-Libyan political solution to safeguard the country’’s unity without foreign interference.

Earlier this month the two rival parties in Libya resumed talks in Morocco’s Bouznika on sovereign institutions. This agreement can serve as a major leap forward towards a broader agreement to settle the conflict, they said in a statement vowing to continue the dialogue momentum.