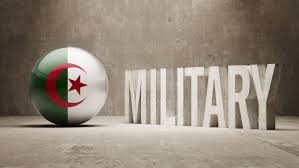 The Algerian junta, with its future constitution, seeks to muzzle its civil society and to divert attention from its internal problems by extending its influence beyond its borders through destabilizing neighboring countries.

Reports about these destabilizing attempts and about Algeria’s connections with the terrorist groups roaming in the Sahel-Sahara region made the headlines from time to time.

These connections came under the spotlight again this week when on October 12, 2020, Secretary of State Mike Pompeo published, at the injunction of President Donald Trump, on the State Department website , the private server emails of Hillary Clinton while she was heading the same department under the Obama administration.

One of these emails received on January 18, 2013, confirms, if need be, that the Algerian regime is in collusion with terrorist groups operating in the Sahara and the Sahel.

Excerpts from the 2013 report revealed that Algeria was in contact with Mokhtar Belmokhtar and struck with him a secret understanding following the abduction of the Algerian consul in Gao (Mali) and six members of his diplomatic mission in April 2012.

Under this agreement, Algeria would have reportedly asked Belmokhtar to concentrate «his operations in Mali, and occasionally, with the encouragement of the Algerian DGSE, attack Moroccan interests in the Sahara».

The Sahel and certain African regions have actually been held hostage by terrorist groups mandated by the Algerian security services.

Algeria’s involvement in Mali, Libya and the Moroccan Sahara, and the support of some countries bribed by the despot regime, show clearly the animosity of this corrupt regime.

The jihadist group Al Mourabitoune linked to Al Qaeda, and whose leader is none other than the sinister Algerian terrorist Mokhtar Belmokhtar, illustrates the danger that this regime still poses to the entire region.

An accomplice of senior Algerian officers, Mokhtar Belmokhtar had created Al Mourabitoune group, funded by the Algerian junta. This organization has been the spearhead of the Algerian Realpolitik in the Sahel and in the region.

Another Algerian jihadist, Abdelmalek Droukdel, aka Abou Moussab Abdelwadoud, had been trained by military security and was the historical leader of the jihad in the Maghreb and commander of several jihadist groups in the Sahel. He was killed on June 3, 2020 by French special forces in Talhandak, northwest of the Malian town of Tessalit.

Meanwhile, several humanitarian observers continue to denounce the direct or indirect interference of the Algerian regime in African and Latin American countries.