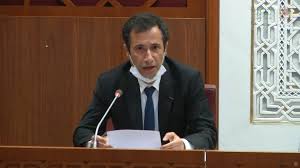 Moroccan Minister of Economy and Finance Mohamed Benchaâboun highlighted the priorities of Morocco’s economic recovery plan at a virtual conference held Wednesday as part of the Annual Meetings of the International Monetary Fund (IMF) and the World Bank (WB).

To help its economy recover from the covid-19 crisis, Morocco adopted a stimulus plan focused on three axes seeking to set up a universal health coverage for all Moroccans, a better pension plan and an enhanced family allowance system, said Mr. Benchaâboun during the conference dedicated to “Morocco’s Experience in Response to the Covid-19 Crisis”.

Based on royal guidelines, this ambitious plan comes in response to the coronavirus pandemic that has shown some deficiencies and prompted the public authorities to review the country’s social and economic priorities, said the minister.

In his opening speech of the fall session of the Parliament last Friday, King Mohammed said the economic stimulus plan is a top priority, affirming that economic progress should go hand in hand with social development and with improved living conditions for the citizens.

The stimulus plan will be launched on January 1st , added Mr. Benchaâboun, describing as “an extraordinary challenge” the goal to include 22 million Moroccans in the Compulsory Health Insurance system in the two coming years.

To ensure success to this package, 11 pc of the country’s GDP has been earmarked for the economic recovery. “Of these 11%, 7% of GDP will be earmarked for everything related to the state guarantees granted to the economy, while 4 % will be allotted to a strategic investment fund, namely the Mohammed VI Investment Fund,” explained the minister.

The plan also provides for the reform of the public sector with the restructuring of public institutions, setting up a national agency for the strategic management of state investments, and maintaining the macroeconomic stability, he said.

Jihad Azour, Director of IMF’s Middle East and Central Asia Department, who moderated the conference recalled that in the face of the current unprecedented crisis, Morocco has reacted in an “exemplary, swift and determined” manner, particularly through “major initiatives” to support businesses and households.”