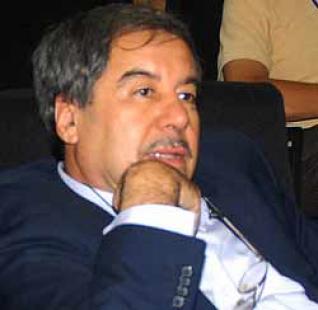 A top economic consultant and advisor of the Algerian government, Abdelhak Lamiri, has hinted that the government could be announcing economic reforms which could open the economy to foreign investors after the 2014 elections. In recent times, the government has taken several policies oriented towards liberalization. The current government is gearing up for an immense transformation of the economy with long term objectives if it wins the election.
Abdelhak Lamiri was speaking to Reuters on the sidelines of the Reuters Middle East Investment Summit when he stated that “nothing will happen on the economic side before the presidential election of 2014.” He claimed that the implications of the 2014 April elections oblige authorities to be patient because “no government can afford to make strategic decisions today.” Lamiri added that the delay is “understandable” because the reforms will be aimed at establishing “a long-term plan and decisions about the profound re-engineering of the national economy.”
Foreign investors are eager to enter the Algerian market. The presence of foreign companies is strictly limited. The private sector is reported not to be very active. Lamiri stated that they need at least 1,5 million enterprises. There are only 600,000 in Algeria. He believes that after the elections, the reforms will make the North African country’s economy “more attractive to foreign investment and less bureaucratic than it is now…in a very short term period.”
Algeria’s economic growth is below 4%. The International Monetary Fund estimates the government’s gross debt is just 11% of gross domestic product, a very low level by international standards. Lamiri said the economy is “structured to distribute the money, not to transform it into productive investment.”
The government is expected to create investments and provide them with funds to support the reforms.

North Africa Post's news desk is composed of journalists and editors, who are constantly working to provide new and accurate stories to NAP readers.
NEWER POSTEgypt: reforming the financial sector before 2014
OLDER POSTTurkey and Iraq to discuss Kurd oil deals